As early as 2002 the United Nations proclaimed the International Year of Ecotourism and was then heavily criticized for it. The year 2017 has now been proclaimed as “International Year of Sustainable Tourism for Development”. The hope of the international year is to achieve the global sustainability objectives of the 2030 Agenda for Sustainable Development. The most important question concerning this proposition is probably: Are the concepts of tourism and sustainability compatible at all? 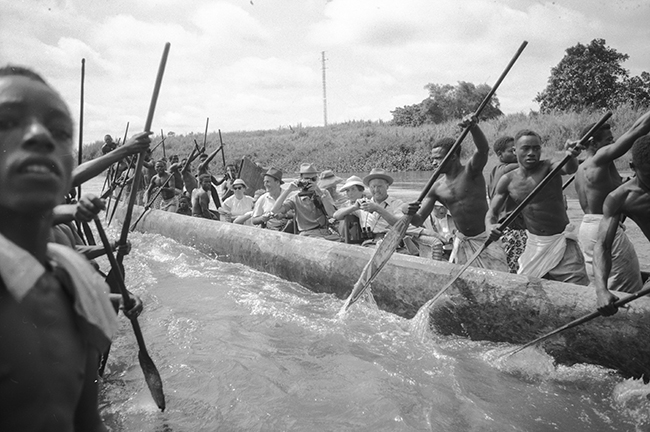 The definitions in the thematic field of tourism are blurred. According to Wikipedia sustainable tourism replaced the term “gentle tourism”, which had been used from the beginning of the 1980s. Gentle tourism was defined as opposing model to mass tourism and was advocating for an eco-friendly and socially acceptable travel behavior. An even more pronounced variation of sustainable tourism can be found in the term ecotourism, which evolved in the US since the 1960s. It is defined as “responsible travel to natural areas that conserves the environment and improves the well-being of local people” (Fletcher, S.8). However, if tourists arrive in great numbers, both gentle tourism and ecotourism have negative impacts. It often happens that expansive developments and infrastructures are built. The results are damaged nature and strains for the indigenous population entailing cultural problems:

It is precisely these more remote and pristine areas which ecotourists seek, that are extremely fragile and sensitive to human impact, however lightly they thread, and most vulnerable to cultural disruption and environmental degradation. Ecotourism’s impacts will be exacerbated by growing tourist flows encouraged by the tour companies’ marketing activities and the insatiable demand of increasingly large numbers of tourists for getting off the beaten track. Getting «off the beaten track» often means that the track soon becomes a road, even a highway, thus disturbing and even destroying the very few undisturbed areas of the world. Through exploitation, dislocation and desecration, ecotourism is arguably the prime force today threatening indigenous homelands and cultures (Liu, p. 471).”

The perspective of the local population

If, like Zhenhua Liu, we focus on the local population, it is becoming obvious that there is a direct connection between the profound problems of the affected people and the present migration movements. The question arises, from which perspective the debate about the development of sustainable tourism is carried out in the first place. For the most part the discourse is being led single-sidedly by western capitalist stakeholders. In this sense tourism – whatever label is used to propagate and encourage it – is nothing else than a variety of colonialism. Rather than to initiate a renewed effort to foster tourism, in whichever form, it would be highly desirable to launch a thorough and critical debate about the connections between tourism, colonialism, neocolonialism and migration. As Eric G.E. Zuelow states, this work is still to be done:

It is somewhat surprising, that, despite separate and growing literatures on tourism and empire, historians have yet to systematically explore connections between the two (p. 95).

The entanglements that Zuelow is addressing are clearly apparent in Jack Metzger’s photograph from the Congo from 1957. Even after 60 years the image has a powerful presence, for it seems that little has changed in the ways we travel and in the manner we perceive the local population.