When the title of a book is ‘Anticopernicus catholicus’, it is not necessary to explain that its author Giorgio Polacco pits himself against the heliocentric world view and it is likewise clear that the arguments of the Roman Catholic church must be anticipated. That his own condemnation and adjuration – printed in full – also had to be used as an argument would not have pleased Galileo Galilei at all.

The idea that the Sun and not the Earth was the centre of the world was not new. But Copernicus taking up this idea and Galileo supporting him meant that it became a thorn in the clergy’s side. In striving to uphold the geocentric world view, the Inquisition intervened to stop the distribution of Galileo’s ‘Dialogo’. It is true that there was an imprimatur (permission to print) but Galileo decided to fulfil the associated obligation by placing the speech for the Ptolemaic system into the mouth of the fictional Simplicio. This ultimately led in 1633 to the famous condemnation and Galileo recanted. 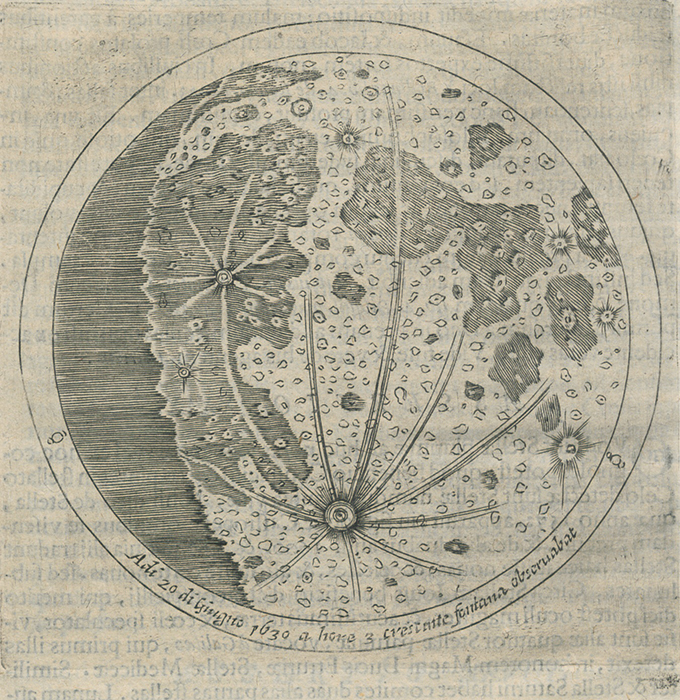 After this victory the church started a veritable information campaign to publicise Galileo’s condemnation and abjuration. The news was communicated in ecclesiastical circles with a request to promulgate it. Church representatives brought the news into university circles and a large number of posters were printed for the general public. It later made its way into books. First in the form of summaries or extracts in French or Latin and later for the first time in full in French in Marin Mersenne’s ‘Les Questions theologiques, physiques, morales, et mathematiques’ (Paris, 1634). But the texts were printed for the first time in full in the original Italian in ‘Anticopernicus catholicus’ by Giorgio Polacco. The places in question can be found in Assertio 123. The text of the condemnation begins in page 69, and Galileo’s abjuration on pages 75–76 ends with the memorable words:

A Venetian priest and Jesuit, Polacco did not of course just bank on the effect of the Italian texts. With a total of 195 ‘catholicae assertiones’, the work represents an extensive rebuttal of the Copernican system, based on biblical arguments. The first edition was printed in Venice in 1644 by Guerilios. 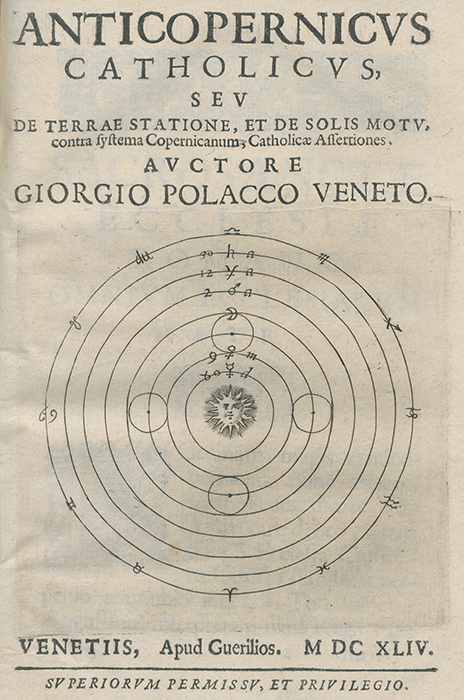 By the way: We don’t know why Polacco uses, of all things, a representation of the Copernican system he so disputes for the frontispiece, but we do know that you can access the titles available in e-rara.ch, the vast majority of which are now licensed with the Public Domain Mark and are thus open data. This makes it even easier to use content. Further information can be found in the e-rara.ch terms of use.

For more insights into the life and work of Galileo, visit one of the new virtual exhibitions in the Knowledge Portal.