Switzerland must have seemed like paradise to him. After one and a half years in POW camp in Germany, Jean Chopin, a twenty-five-year-old French infantryman, was allowed to leave for neutral Switzerland in the spring of 1916. Finally, after an interruption of almost three years, he was able to take up his academic studies again in the autumn of 1917. 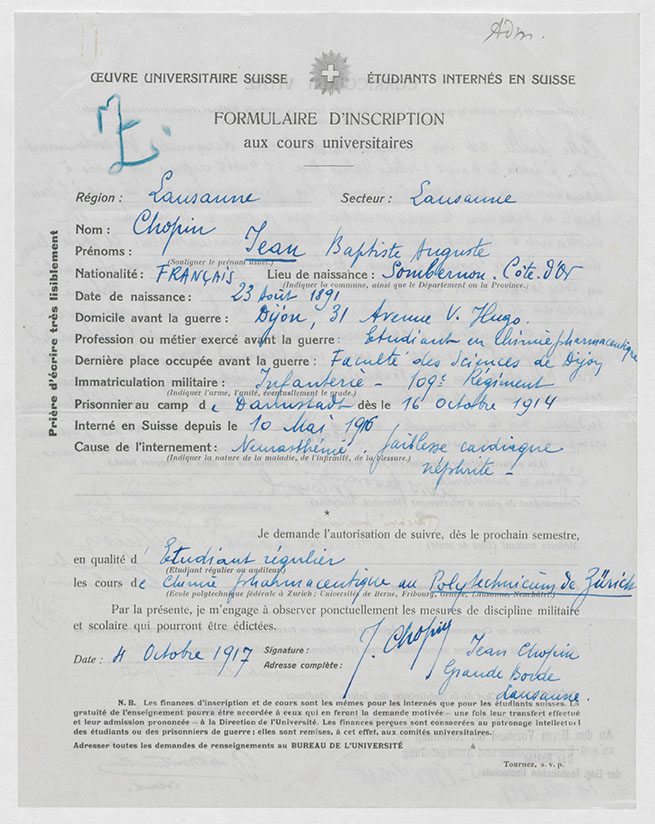 In Zurich, Jean Chopin now resumed his studies in pharmacy which he had begun at the University of Dijon before the war. During the course of the First World War, he was joined by other POWs, most of which were from Germany, but also from France, Austro-Hungary, Turkey and Great Britain. Around eighty POWs were granted permission to enrol as undergraduate students at ETH Zurich. Over 1,650 POW students were enrolled at universities throughout Switzerland.

Even though they were forbidden from wearing their military uniforms in the City of Zurich, the POW students were subject to military discipline. Presumably, they were supposed to attract as little attentionas possible in order to avoid any potential hostility on the streets. Strolling along the Limmatquai, Bahnhofstrasse or even standing still in the street was prohibited! 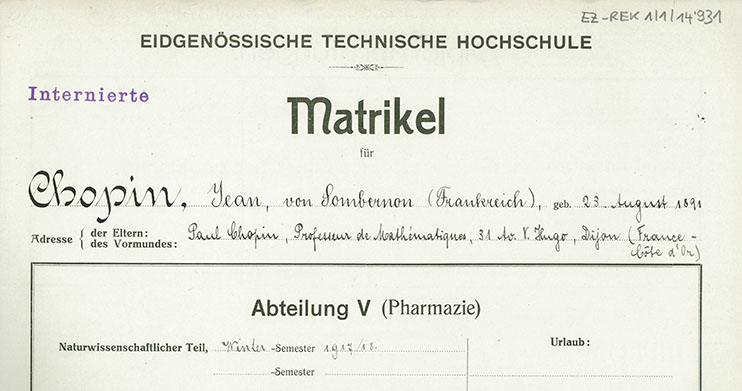 Only POWs who were seriously ill or wounded qualified for internment in Switzerland (as well as POWs who had more than three children). The reasons for Jean Chopin’s transfer to Switzerland were neurasthenia (weakness of the nerves), a heart condition and kidney problems. His compatriot André Ayçoberry, who had lost an eye during the war, studied mechanical engineering and served as president of the private charity called Amicale des internés alliés à Zurich. 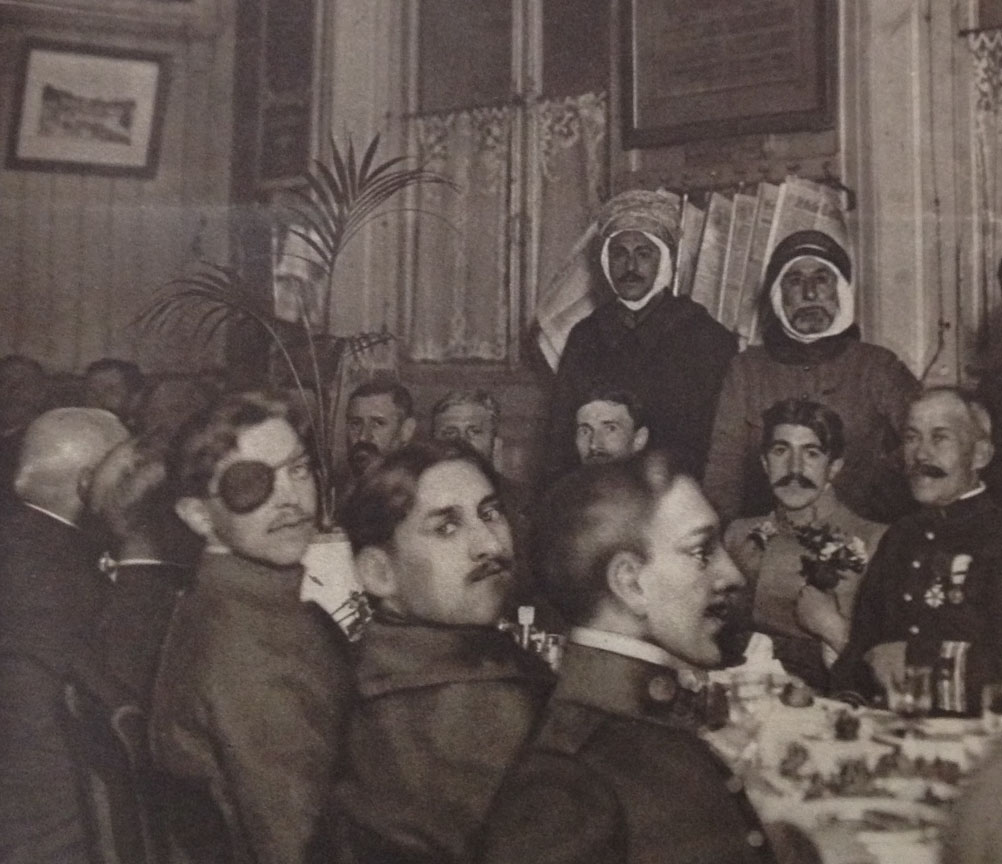 The Swiss government was prepared to take in POWs  primarily for humanitarian reasons, but there were additional reasons, as well::

Switzerland accepted a total of 70,000 POWs from 1916 to 1918. Many POWs were allowed to return home before the end of the war and thus there were never more than 30,000 POWs in the country at the same time. Chopin and Ayçoberry abandoned their studies at ETH Zurich in the summer of 1918 when they were granted permission to return to France.

Sources:  the student register for diploma students and the lists of students can be consulted at the ETH Zurich University Archives.