Tadashi Kawamata is a Japanese artist who is rather well known in Switzerland. Since the 1980s, he has been realizing more or less ephemeral path-like or hut-like wooden constructions in urban areas all over the world. Over the course of time, Kawamata realised a series of bath houses in Switzerland, starting with the Frauenbad in Zurich in 1993. 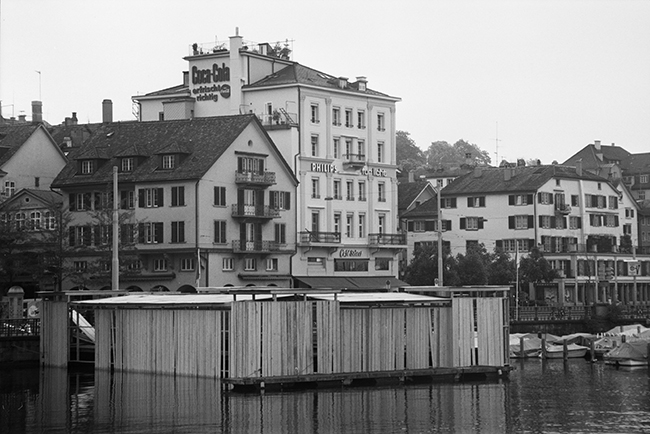 The temporary wooden construction was diagonally opposite the “real” Frauenbad, a little upstream from the Helmhaus. Later on Kawamata built similar constructions in Zuoz (Rock Bath, 1997) and Zug (Strandbad, 1998). Kawamata’s slightly precarious structures can be passed through and used, often causing irritation, but also enchantment. A visit to Kawamata’s website shows that the artist builds tirelessly around the world. When are you coming back to Zurich, Mr. Kawamata?