As a British diplomat at the court of the Kingdom of Naples, Sir William Hamilton (1730-1803) had an ideal location to study the volcanoes of the region. Several times he climbed Mount Vesuvius and witnessed the violent and dangerous outbreaks of the time. To capture his observations of his excursions in images, he invited the Neapolitan artist Peter Fabris to accompany him. Fabris drew fantastic sketches of volcanic landscapes and geological studies. 1776 the artist published a first series of etchings with landscapes, eruptions, volcanic rock and lava samples. Three years later, the publication was succeeded by a supplement showing the eruption of Vesuvius in August 1779. The engravings were hand-colored by local artists in bright colors. The texts include Hamilton’s series of letters to the Royal Society, in which he reports on the outbreaks. Campi Phlegraei is thus a splendid combination of art and science. 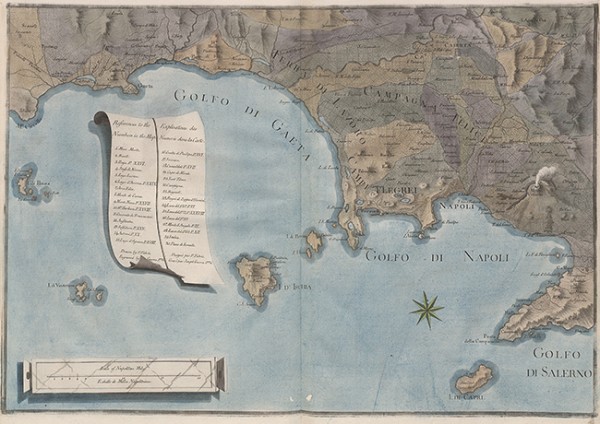 Map of the Gulf of Naples with Campi Phlegraei and Vesuvius 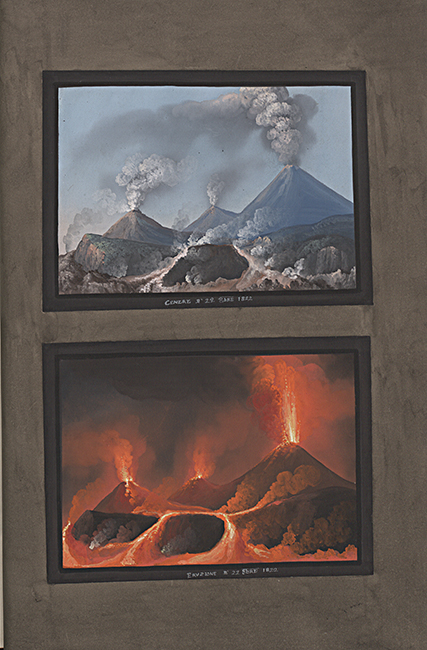 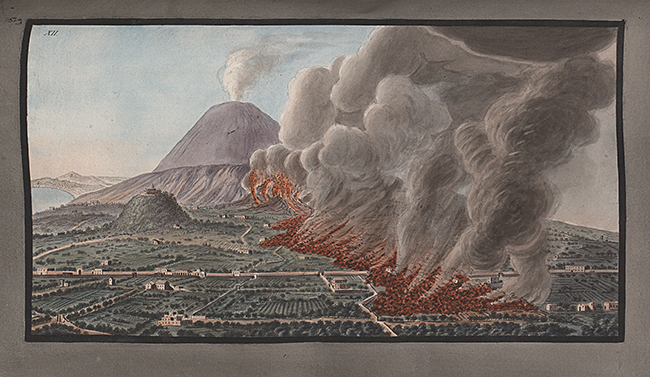 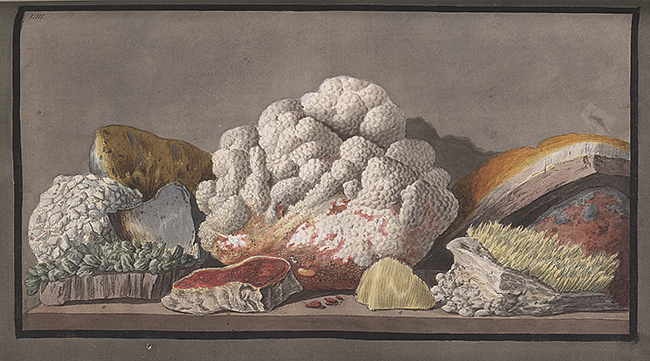 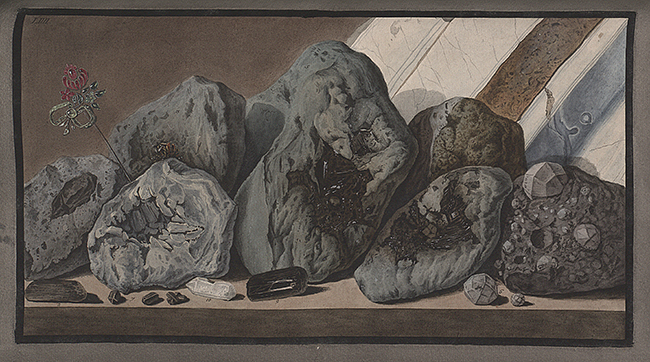 William Hamilton, Peter Fabris: Observations on the volcanos of the two Sicilies (Naples, 1776)