At the beginning of March, 2.3.2022, is the 50th anniversary of the publication of the report on the future of the world economy, The Limits to Growth, by the Club of Rome. It was written by the US economist Dennis L. Meadows and his wife Donella Meadows and the Norwegian Jørgen Randers. 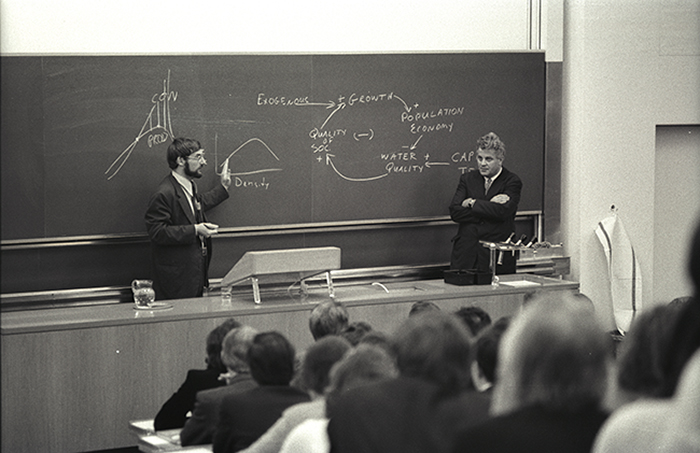 The result of the study can be summarised as follows:

“… that at the current rate of economic and population growth, the world economy will collapse before the year 2100 due to food shortages, environmental pollution and shortages of raw materials. As a result, prosperity will decline massively and it will no longer be possible to feed the world’s population. Only massive efforts, especially in birth control and environmental protection, as well as economical raw material cycles, could achieve long-term stability of the world economy. The study was updated by Meadows and his co-authors in 1992 and 2004 (Wikipedia, 15.02.2022).”

The gloomy forecast went through the world like a shock and triggered endless discussions and harsh criticisms. The negative voices seem to predominate to this day. While the authors tried with their forecasts to move the world towards a more sustainable consumption of resources, many critics read the forecasts as a doomsday prophecy. According to Ugo Bardi, a similar situation can be seen today with the forecasts on climate change.

The difficulty in understanding the problems […] is compounded by the difficulty of putting into practice actions designed to solve them. Global problems require global action. The trouble is that global action, no matter of what kind, cannot be implemented simply by exhortations and good will. It needs political mechanisms and functioning institutions (Bardi, S. 102).

We still seem to be far away from such global measures in 2022, because the initiatives still come too much from individuals and local movements.

Since 1982, Dennis L. Meadows has been designing board games to rehearse thinking in categories of sustainability. One of the best known is Fishbanks Ltd.