The dream of a public art museum had already been cherished by several ministers of the ancien régime a few decades before the French Revolution as the Musée du Louvre in Paris was inaugurated on 10 August 1793 at the height of the revolution. Andrew McClellan writes:

While the passage from royal collection to public museum occurred without fanfare elsewhere in Europe, in France the opening of the Louvre in 1793 was sensational because it was tied to the birth of a new nation. The investiture of the Louvre with the power of a Revolutionary sign radically transformed the ideal museum public. To the extent that the Louvre embodied the Republican principles of Liberty, Equality, and Fraternity, all citizens were encouraged to participate in the experience of communal ownership, and clearly many did (S. 9).

At the opening, the “people” flocked to the museum and took possession of it, including people from remote corners of the country. Little has changed in just over two hundred years. With about 10 million visitors a year, the Louvre is the most visited museum in the world. 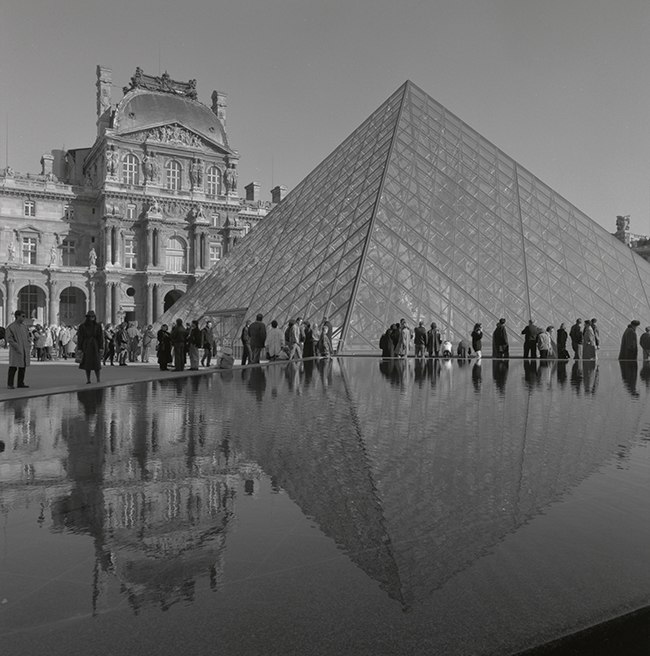 The Louvre was converted into the Grand Louvre between 1981 and 1993 due to a steady increase in visitor numbers. The heart of it is the glass pyramid of the Chinese- American architect Ieoh Ming Pei, probably photographed by a Comet photographer a few months before the opening on March 29, 1989.