We know relatively little about the photographers who worked for the photo agency Comet Photo AG from 1952 to 1998. Self-portraits or portraits of the ‘Comets’ are also rather thinly sown in the collection, as they usually stood behind the camera themselves and photographed other people. So it’s high time to get to know the most important Comet players better. The first in our series is the co-founder and director of Comet, Björn Erik Lindroos (1919-1984). 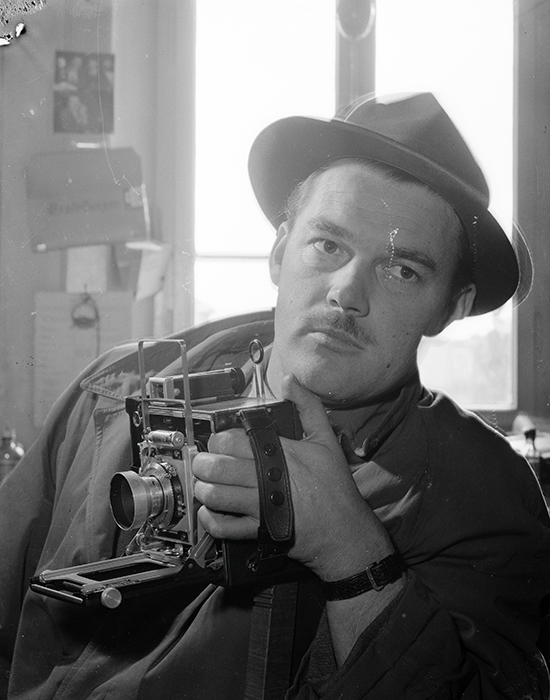 Björn Erik Lindroos attended commercial school after attending the arts and crafts school in Zurich (1934). He then trained as a film technician at Adams Film in Finland. From 1938 to 1947 Lindroos, like his colleague Jack Metzger, worked as a photo reporter for the ATP picture service. In 1947 he became self-employed and published photo reportages, mainly in the Schweizer Illustrierte Zeitung and the NZZ. In 1952, together with Jack Metzger and Hans Gerber, he founded the picture agency Comet Photo AG and was its director until 1984. In the words of his daughter Beatrix Lindroos…

… Comet Photo AG started into the future with the motto “We photograph everything, everywhere, anytime”. High-quality, exclusive pictures, perfectly enlarged were the desired strength of Comet. The huge number of reports for Schweizer Illustrierte, Sie & Er and many other daily and weekly newspapers demanded reliability and great commitment. Comet worked closely with the NZZ and its picture editors Gotthard Schuh (1941-1961) and from 1961 Ernst Scheidegger (Lindroos 2015). 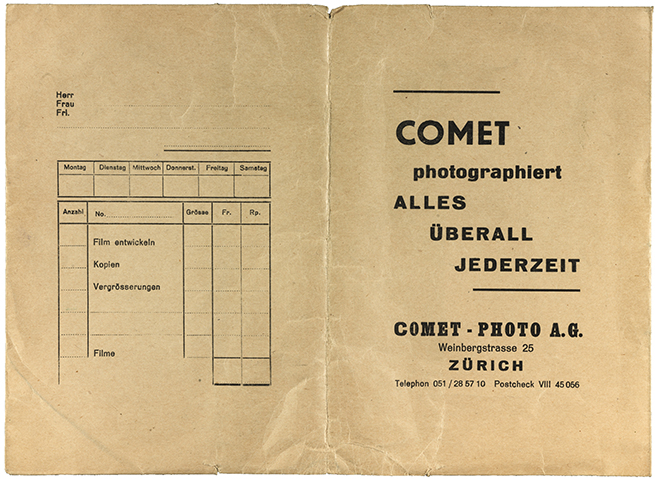 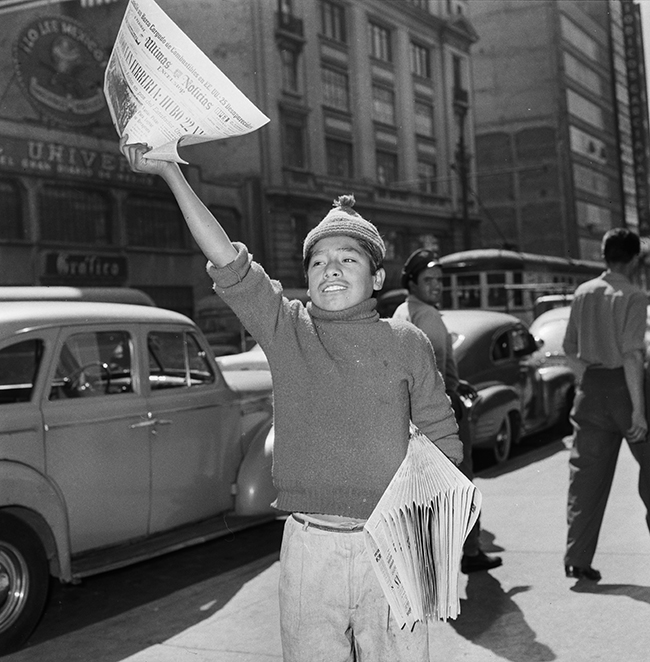 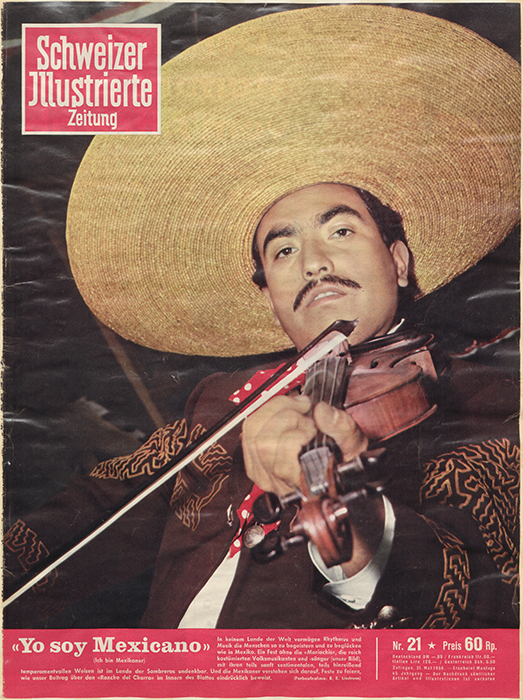 Lindroos not only documented, but also loved to arrange situations for the camera, such as the ghost reportage at Kyburg castle or here the check-in of a St Bernard dog at a hotel in Newark. 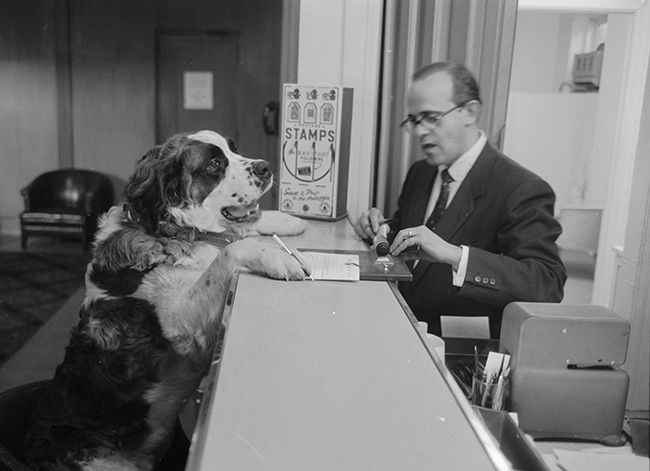 As a passionate aerial photographer he travelled a lot by plane… 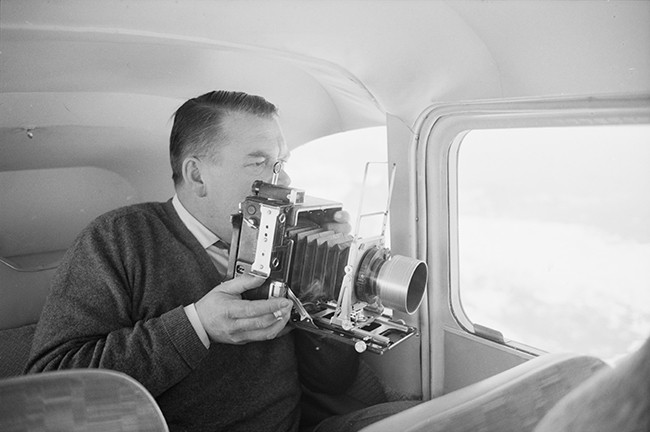 Travel became increasingly rare over time and the working environment of Lindroos changed. Unlike many of his colleagues, Lindroos had a strong sense of business in addition to his artistic talent. It was he who had the idea of offering aerial photos in addition to press photos. Instead of travelling himself, he wrote one of his legendary pastoral letters in his office, planned efficient flight routes across Switzerland and recorded them on a map. 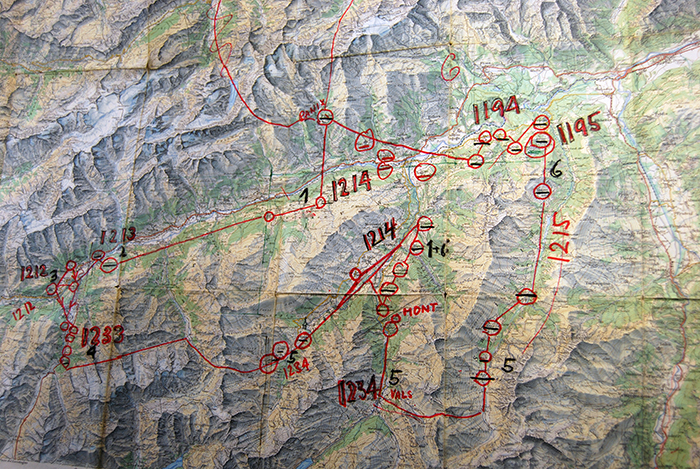 Detail of a map with a flight route drawn by B.E. Lindroos

Like it or not, Lindroos moved more and more from the front to the office chair, took care of new goals and the optimization of work processes. He dedicated himself to training photographers and tinkered with lenses and housings to improve their function. He compensated for the lack of adventurous trips abroad by developing into a passionate hunter and fisherman. His office, whose door was almost always open, turned out to be the real “command centre” of Comet (Lindroos 2015). 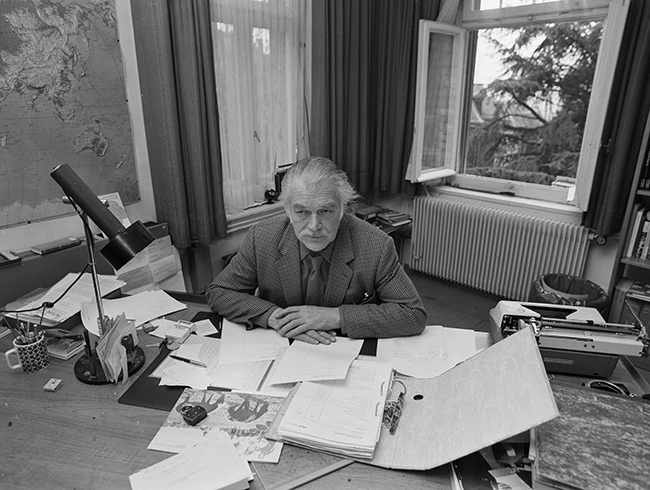 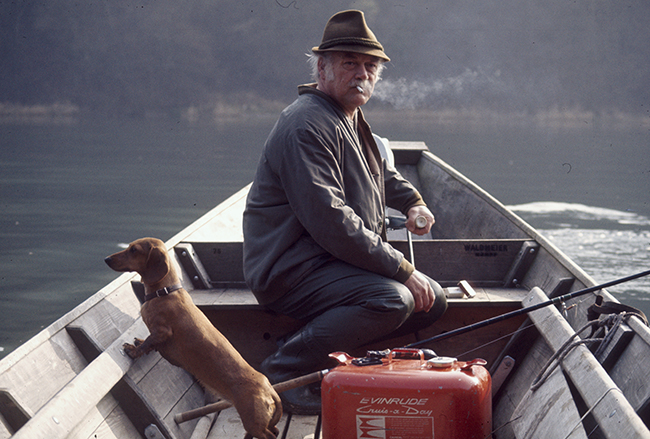 His employees and family called him “Lindi” or “Capo”. The name still adorns some negative bags in the archive today, for example the one from October 18, 1973 with the inscription “Zürich Turnerstr. Lindi’s Birthday Party! Lindroos himself marked his negative sleeves, which from the 1970s increasingly document hunting trips, with the abbreviation ‘BEL’.

The death of Björn Erik Lindroos on January 22nd 1984 was a turning point in the company’s history. In a rapidly changing technical and economic environment, the agency went downhill until it went bankrupt in 1999.