Many thousands of frogs fell victim to Luigi Galvani’s scientific curiosity, and all because the anatomist observed how the leg of a dissected frog began to twitch as if from nowhere. This occurrence took place in Bologna in 1780 and led to one of the most important discourses in scientific history – and to the birth of the novel Frankenstein. 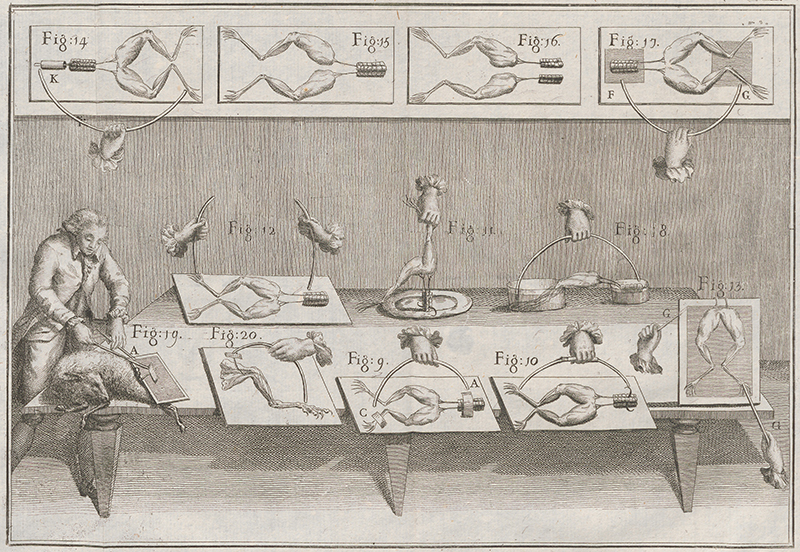 The Italian doctor and anatomist L. Galvani (1737-1798) dissected a number of frogs, separating the legs from the torso. Suddenly the legs began to twitch whenever he touched the exposed nerves with a scalpel that had picked up a charge and simultaneously created sparks by rubbing the frog’s skin. Galvani was so excited by this development that he systematically investigated it from then on. In addition to conducting a wide range of experiments, he once attached a wire to the roof of his house and from it hanged the frog’s legs, which he then earthed with another wire. He observed the same muscle contractions whenever lightning descended nearby. But one day he noticed that the limbs also cramped without sparks or lightning discharges, this being whenever they were hanging on a brass hook on his balcony rail and touched the iron railings. What had happened? Without knowing it, Galvani had created an electric circuit as a result of two different but connected metals and the salt water in the frog’s legs. In 1792 he published the results of his frog-leg experiments in his work De Viribus electricitatis in motu musculari. Galvani saw the source of the twitches in the frog’s leg himself and was convinced he had discovered the foundation of the life force. In his view this meant that the metals activated the energy still stored in the body. 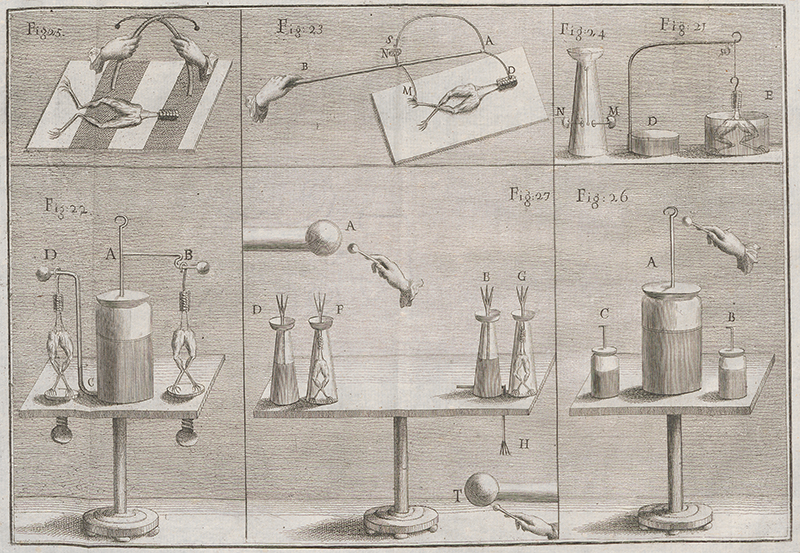 But the physicist Alessandro Volta (1745-1827) soon stepped into the debate against this idea of ‘animal electricity’ and denied Galvani’s theory. For him, it was the different metals which created the power and the muscle spasms. As part of this intense controversy, Volta began to conduct experiments himself and finally developed the first battery, the Voltaic pile, in 1800. For this invention, perhaps the most significant, he piled up discs of two different metals (copper and zinc or silver and tin), which were separated by a conductive fluid. An element of this pile is called a Volta element and therefore consists of copper and zinc separated by an electrolyte (e.g. salt water). 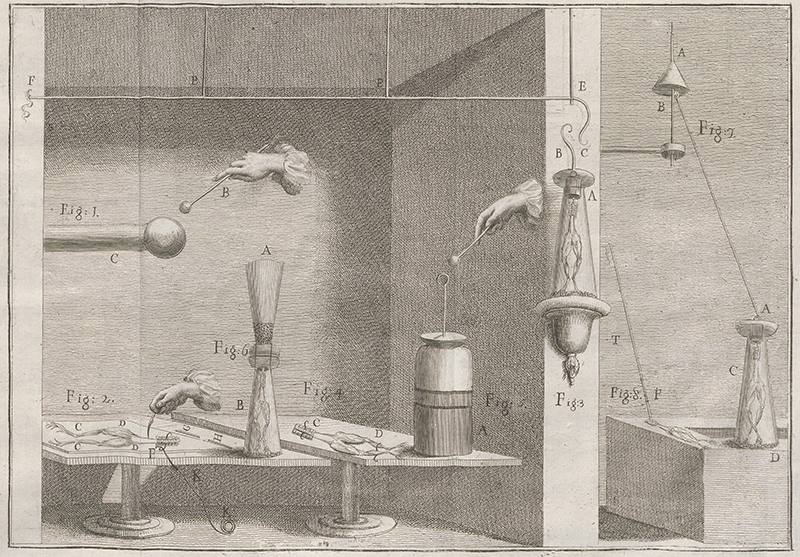 Experiments then continued to be conducted on the effect of electricity on organisms, including the human body. Galvani’s nephew Giovanni Aldini (1762-1834), himself a physicist, experimented among other things on an executed criminal and created seemingly lifelike muscle contractions in the face. The fantasy associated with these experiments of bringing people back to life using electricity is credited with having inspired Mary Shelley to write her novel Frankenstein, published in 1818.

Luigi Galvani, from: Geschichte der Technik in Graz, a project by alumniTUGraz 1887, retrieved from: http://history.tugraz.at/besonderheiten/groessen_der_technik/galvani.php, on: 13 February 2018