Thirty years ago, on 28 January 1988, the tower chimney built in 1964/65 for the heating centre of ETH Zurich at Hönggerberg was blown up in a spectacular operation. Previously, a strong eccentricity had been measured in the 80-metre high concrete chimney and visible damage had been detected, which led to the decision to demolish. The new, lower chimney system with three steel chimneys had already been in use since 1987, when the operation of the central heating system was switched from heavy fuel oil to gas.

Blasting was carried out using the so-called fall-scoring method. The explosive charge was placed at the base of the chimney at about 70 cm above the ground, where the chimney had a circumference of 12.6 metres. A total of around 5.4 kilograms of explosives were placed in 77 boreholes. During the demolition, the chimney fell as planned between the drop cushions built from earthen walls. The colossus, which weighs around 660 tons, was dismantled into transportable elements on the ground and transported away. This was the end of one of the main emitters of pollutants in the Zurich area.

True to the Comet motto “We take pictures of everything, everywhere, at any time”, a photographer of the agency was on site and documented the events from the helicopter. 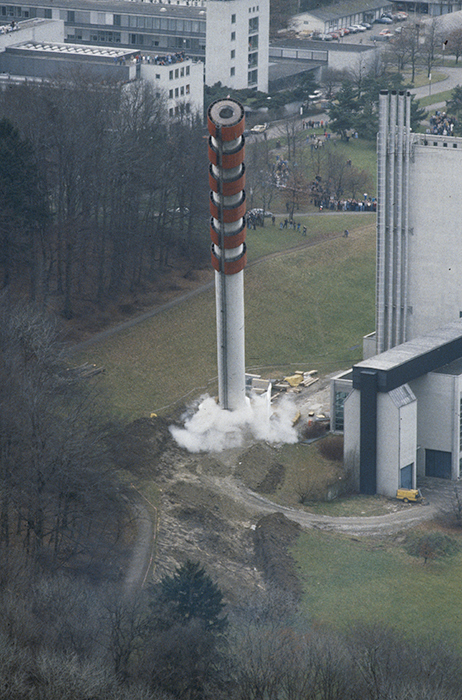 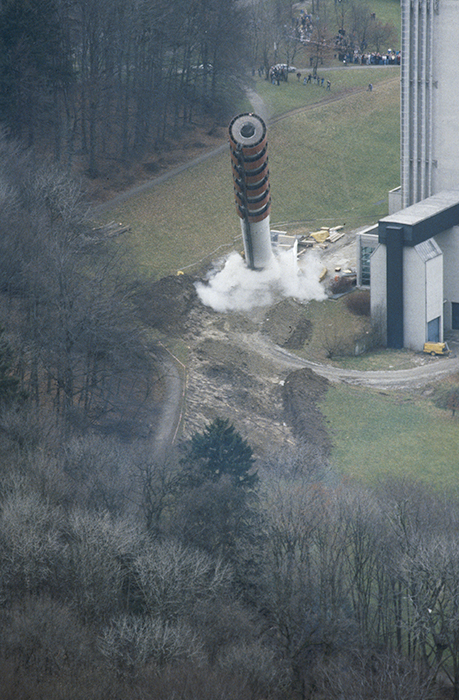 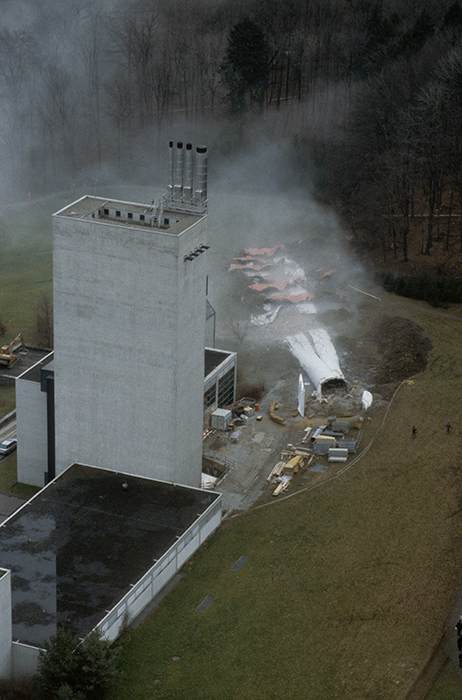