The first “modern” national parks were founded in the USA: Yosemite (1864) and Yellowstone (1872). For centuries, however, efforts have been made to preserve nature and shield it from human influence. One such example is Bogd Kahn Uul, a mountain in Mongolia, which was already declared a protected area back in around 1500.

The Swiss National Park in the Canton of Graubünden was also created to protect nature in 1914, making it the oldest national park in the Alps. It is the largest nature reserve in Switzerland, and regarded as a wilderness where nature is left entirely to its own devices, undisturbed by mankind – which is probably easier said than done. 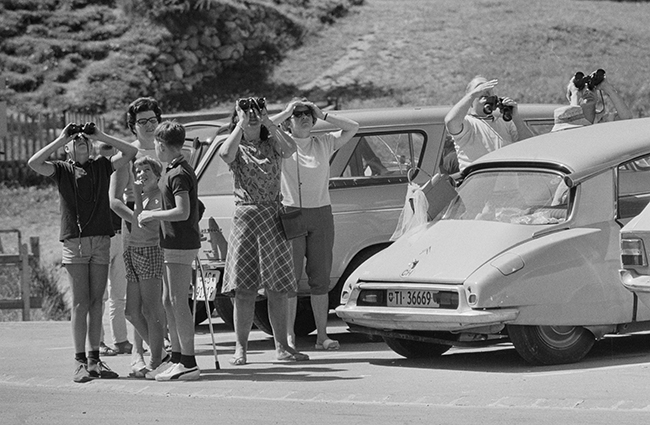 In his analysis of the predominantly older visitors to the park, Norman Backhaus writes:

While elderly nature enthusiasts are more than welcome in the park, motorcyclists are an unpopular group. On pleasant weekends, they cruise along Fuorn Pass in droves and their noisy engines can be heard deep inside the park, which detracts from the experience of nature somewhat. Although this sounds like a paradox, the bikers are also seeking an experience in the great outdoors, only along the lines of Born to Be Wild. (p. 60)

Other problems besides traffic noise are evident in the increase in the number of visitors and in the event of fires. Both are problematic for the flora and fauna in this small area measuring roughly 170 square kilometres. After all, the park has to cope with 150,000 tourists a year, who bring CHF 20 million in added value to the region (Koch, p. 13).