After a 20-year hiatus, an insect graces our banknotes again – this time in a particularly beautiful context: light, which is omnipresent on the new, red 20 franc notes. They feature a prism splitting a beam of light into its colour spectrum and a white screen in front of the audience at the Locarno Film Festival. There is also a large iris, depicted via a ring of fine lines that allows the reflected light from the screen to hit our retinas. And fluttering above it are three Old World swallowtail butterflies, which leave the picture at the top, only to fly back into it again from the bottom like a poorly inserted film reel. 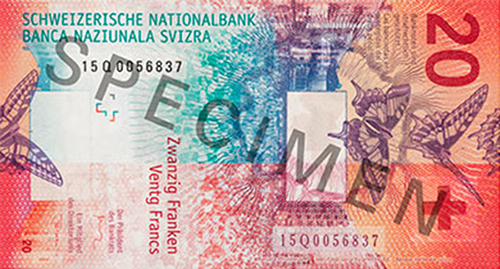 In her explanation of the banknote, the designer Manuela Pfrunder writes that butterflies enjoy a close relationship with light as the scales on their wings reflect it and plunge them into a sea of colour. What a wonderful association! Indeed, a butterfly’s wings are covered in a dense network of colourful little scales that resemble a pointillist painting under the microscope. The colour effect itself is created in two very different ways. In most cases, the scales contain pigments, i.e. molecules that reflect light of a certain wavelength and absorb the remaining spectra. Pigments eventually fade. Certain colours, however, are based on special surface structures of the wing scales: the light is refracted on elaborately structured, transparent layers of chitin and air and reflected as bright colours. The dark blue in the hindwing of the swallowtail is one example of these structural colours, while the red, yellow and black colours are created by pigments. 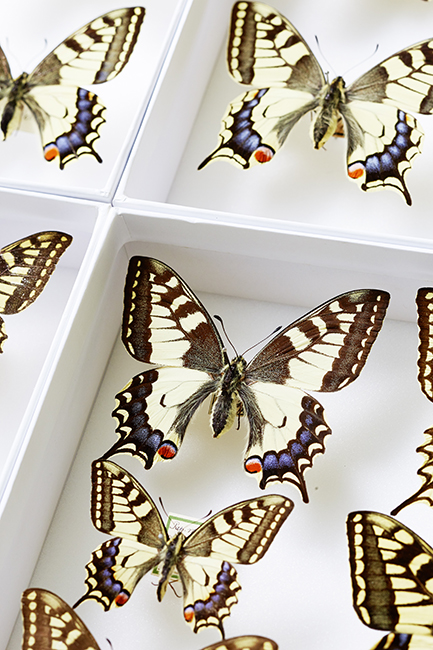 Researchers all over the world are currently studying the structural colours of butterflies and other insects. These natural surfaces are structured extremely differently and inspire scientists in the development of novel nanomaterials with a wide range of potential applications: photonic security tags, self-cleaning surfaces, cosmetics or industrial sensors. While these structures are usually complicated and time-consuming to produce industrially, they are often formed in an ingeniously simple and efficient way on a butterfly’s wings. Consequently, Professor Eric R. Dufresne from ETH Zurich is especially studying the cellular mechanisms that create the complex structural colours in insects. Various brightly coloured butterflies and beetles have already left ETH Zurich’s Entomological Collection and are currently being examined in Dufresne’s lab on the Hönggerberg. 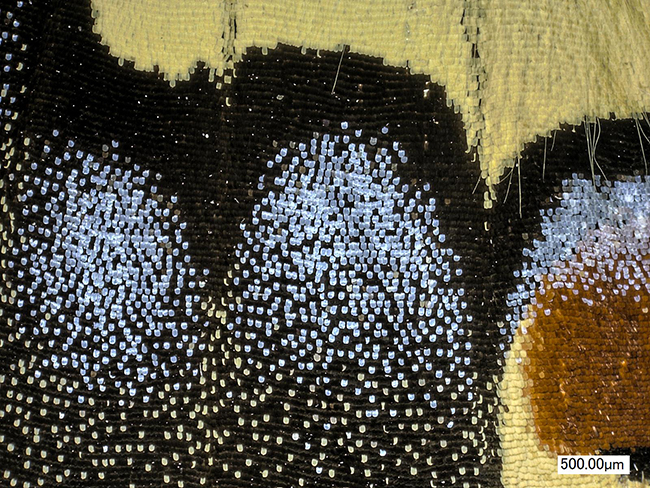 The swallowtail is not just putting in an appearance on the new banknotes; they are commonly seen in many Swiss gardens and meadows. They are part of our rich biodiversity, the value and variety of which is often overlooked. It’s nice that we’ll all be carrying a little reminder of this around with us from now on.