Max Bänninger’s collection of beetles is one of the most valuable – because very well documented and broad – and internationally renowned in the ETH entomological holdings. The bulk of his collection was acquired in Germany. Many items were collected during the national socialist period (1933 to 1945). Yet the collector himself, Bänninger, has remained virtually unknown to this day (Erwin/Halpern 1978, 357). Luckily, the ETH archives hold his private correspondence consisting of more than 1.800 letters and some manuscripts. Examining them unveils some surprising and sombre insights. 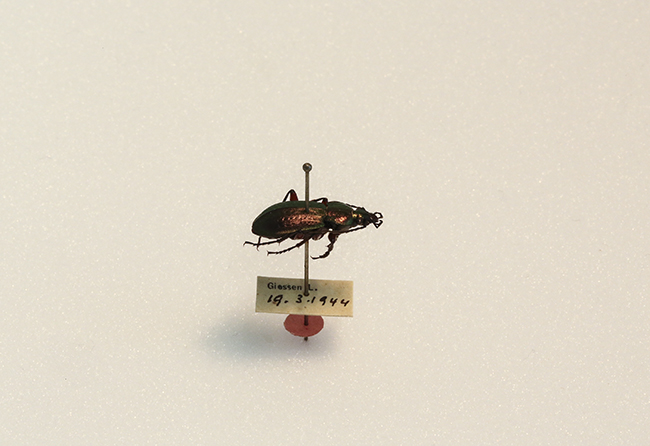 Figure 1: One of the beetles of Bänninger’s Collection: Carabus arvensis Herbst, 1784. Collected from Bänninger in 1944 in Giessen. (Photo: Rupesh R. Kariyat) 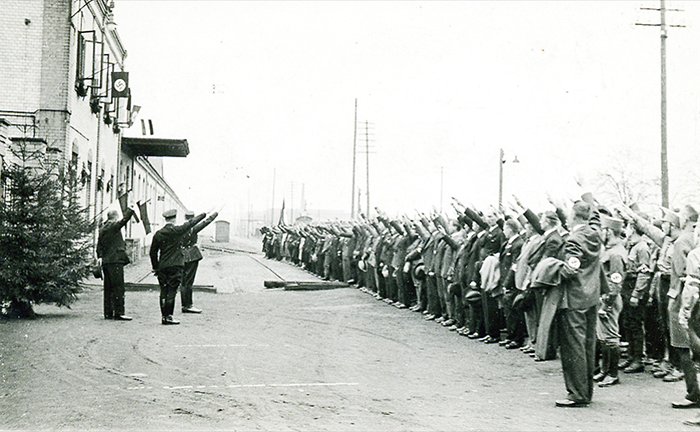 Figure 2: Rally in front of the Bänninger factory in Giessen on the occasion of the 1st of May party, in: Historische Bilddokumente <http://www.lagis-hessen.de/de/subjects/idrec/sn/bd/id/29-033> (Stand: 20.4.2011)

Max Bänninger was born in 1884 and died 1964 in Giessen, Germany. His father, Karl Bänninger I., founded a factory, the Bänninger GmbH, in 1907, located in the industrial town of Giessen. Max Bänninger joined the factory after he returned from England. Bänninger GmbH profited especially from increased construction activities after Adolf Hitler came to power in 1933, who tried to overcome the economy crisis by means of stimulating all sectors of the economy. During the war (1939—45), the firm produced goods for the NS army and, as documents indicate, used forced labourers. The allied forces bombed the factory in 1944 destroying more than 65% of the compound (Hessisches Wirtschaftsarchiv, Abt. 138, Nr. 17). The (targeted) attack also shows the importance of the Bänninger GmbH for the Third Reich. In 1945 Bänninger wrote to a friend in Vienna:

Commercially we have a lot of severe damages, the cleaning up is still going on and will take ages. Working is in unforeseeable time not possible. (Bänninger 1945, Hs 931: 1790).

National socialist power affected not only Bänninger’s career as factory owner but also his hobby – collecting beetles and corresponding with fellow scientists. After the war began in 1938/1939 he could no longer write to or exchange specimens with entomologists in England, France and other allied countries until 1946/1947. For example, beetles which were sent to Jackson Darlington in Cambridge could only be returned after the war. In 1946 Darlington writes after seven years of no contact:

Now that the war is over and we are, I hope, settling down to peace again. I am writing you to suggest that we resume our correspondence. (Darlington 1946, Hs 931: 747).

Yet Bänninger remained in contact with people in ‘Great Germany’, a Nazi term for the territories conquered by German Wehrmacht, which one of his friends, Adolf Horion, used in his letter (Horion 1939, Hs 931: 1109). He also kept corresponding with people in neutral countries (namely Switzerland) and occupied countries, like Austria. For instance, the correspondence between Bänninger and Karel Kult, who was writing from Pardubitz (Czechoslovakia), started in 1943 and lasted during the whole war. The letter exchange with Albert Winkler, who lived in Vienna, began in 1940 and lasted without interruption until 1953. In those letters he would, e.g., complain about not being able to get his hands on scholarly journals (Bänninger 1941, Hs 931: 1679) and how the war in general made collecting more difficult for him (Bänninger 1944, Hs 931: 1788). Not until 1949 the correspondence could be fully revived (Jöger 1949, Hs 931: 1789).

What is most striking about Bänninger’s letters is that he hardly mentions the war, the persecution of Jews and the criminal nature of the Nazi regime at all. His attitude toward the regime can therefore only be reconstructed indirectly. He seemed most worried about his own beetle-collections and his fellow scientists’ collections. Apart from the fact that he, a Swiss citizen, remained in NS-Germany and benefitted economically from NS war policies, it ought to be mentioned that he interacted with and lived among members of the NS party. Namely his brother-in-law, who was a functionary of the regional administration of the NSDAP in Giessen and was also working for the Bänninger GmbH (Kater 1989, 62). Some of his penfriends were more explicit in their political utterances. His friend Paul Meyer from Vienna wrote e.g. in 1945:

From examples as these, we can assume that Bänninger was at least not known to his friends as sceptic let alone critic of NS ideology and politics. There is only one documented case, in which Bänninger becomes explicit. In January 1945 he sent a rather long and emotional letter to a friend describing the damages in Giessen after several air strikes in December 1944:

Here in Giessen we had some bad days and horrible weeks. After a lot of bombings and a long clobbering at the periphery of the city […] there had been severe terrorist attacks on the 2nd/3rd and especially on the 6th and 11th of December. On the 6th of December in the evening at eight o’clock the whole downtown, inclusively the suburbs, got burnt to ashes and the industrial area got bombed with high-explosive bombs […]. It says that 93% of the apartments are uninhabitable and 35’000 of the 46’000 habitants are unsheltered […]. People, who are informed, know that Giessen is one of the most destroyed cities. […]  If only we would know that this is the end and not the beginning. Let us hope for the best to come for Vienna and for yourself and also for the sad remains of Giessen. (Bänninger 1945, Hs 931: 1790).

Despite the dangers, Bänninger stayed in Giessen. Until December 1944 he wasn’t directly affected by the Second World War, but rather benefitted economically from the National Socialist economic and war policies. In the letters from 1939 to 1943 he does mention the war and its destruction, but it seems that it has no emotional effects on him. As long as his factory benefits and he still has the opportunity to collect beetles he remains content. Neither the criminal nature of the regime, the fate of the Jews or the forced labourers in his factory seem to be of concern to him. Historian Ad Maas’ observation that scientists in Germany during the NS period were “driven by self-interest” can also be adopted on Max Bänninger (Maas 2009, 8). As long as he profited economically and scientifically, he doesn’t seem to be worried about the political situation. Only after Giessen got attacked Bänninger reacts emotionally.

Max Bänninger was just one of around 25’000 Swiss living in Germany during the NS period. His story is mirrored in many more Swiss scientists doing research for the Third Reich, helping to produce and develop munitions (Weiss 2011, 230), and doing business with the criminal regime (Ruch u.a. 2001, 55). In this light the story of Max Bänninger and his beetle collection does not seem exceptional, but rather typical for the Swiss community in Nazi Germany.

This article was written as part of the seminar Collections in Context: What Do Historians and Scientists Learn from Butterflies, Stones, and Bones?, Fall Semester 2016, hosted by Bernhard C. Schär and Michael Greeff.