‘Eripuit caelo fulmen sceptrumque tyrannis’ (He snatched the thunderbolt from heaven and the sceptre from tyrants) is an epigram about Benjamin Franklin, coined by the French economist and minister Anne-Robert Jacques Turgot (Möhring 2010, p. 253). It shows that Franklin achieved fame in the eighteenth century not only as co-author and signatory of the American Declaration of Independence but also as researcher into electricity and inventor of the lightning conductor. His Letters on Electricity, which appeared from 1751 in various editions and languages, are regarded as one of the most important scientific publications of the eighteenth century. 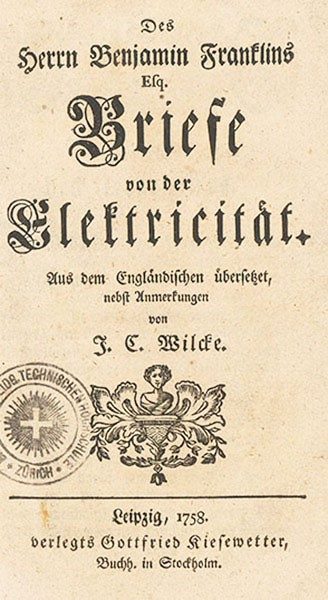 Until the first half of the eighteenth century, many people thought that lightning was caused by a chemical reaction in which sulfurous gases were ignited (Möhring 2010, p. 254). But some researchers also noticed that electrostatic discharges artificially generated by devices like electrostatic machines showed a similarity to lightning during a thunderstorm. There was no proof, however, that this was an electrical phenomenon and thus a natural force of relevance to natural philosophy (Cohen 1990, pp. 28–29).

Franklin was the first to succeed in describing, with the ‘sentry box’ experiment, a test arrangement with which it could be proven that in the meteorological phenomenon lightning had to be a form of electricity (Franklin 1758, pp. 88 ff). If thunderclouds were in fact electrical, then it had to be possible in this test arrangement to draw sparks between a metallic rod projected into the sky and an earthed wire once a low cloud passed directly above the location. 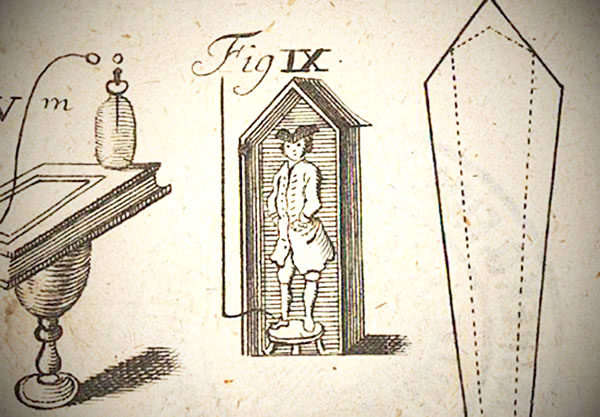 His proposal aroused great interest in scientific circles and was first put into practice in France in 1752 by Thomas François Dalibard (Raith 2006, p. 97). But the experiment was not completely without its risks. In 1753 the first scientist to try it out was killed by a lightning strike. Despite the experiment’s dangers, Franklin’s writings formed the basis for creating today’s lightning protection. He proposed installing earthed metallic rods to protect houses at their highest points (Franklin 1758, p. 87). It was, however, some years before his proposal was accepted as credible and the first lightning conductors were installed (Möhring 2011, p. 259).