50 years ago, on 16 September 1966, the new Metropolitan Opera opened in New York City. The building on the Upper West Side of Manhattan is part of the Lincoln Center for the Performing Arts. The non-profit organization promoting music, dance and theater was established between 1955 and 1970 under the leadership of John D. Rockefeller III. Today, the Lincoln Center is home to about a dozen cultural organizations with a total of over 6,800 employees.

The Metropolitan Opera Company was founded in 1880 and its first opera house was originally located between the 39th and 40th Street on Broadway. The new opera on the grounds of Lincoln Center was designed by Wallace K. Harrison and has about 3,800 seats, 195 standing places and excellent acoustics. The latter could, however, only be tested after the building had been nearly completed:

As completion of the Metropolitan drew near, questions of acoustics were foremost on the minds of management and artists. Their questions could be resolved only by an actual test, with singers on stage, an orchestra in the pit, and an audience in the house. On the afternoon of April 11th, 1966, a performance of Puccini’s “Girl of the Golden West”, previously scheduled for a full student audience in the old house was shifted to the new one, [Edgar B.] Young met [Rudolph] Bing and [Wallace K.] Harrison as they came out into the foyer. Each was beaming and wore a look of enormous relief on his face. Acoustically, the opera house had passed muster. Word of mouth about the sound in the new house was favorable from that day forward (Young, S. 198).

After ten years of construction the new opera house finally opened on September 16th 1966 with the world premiere of Samuel Barber’s Anthony and Cleopatra. 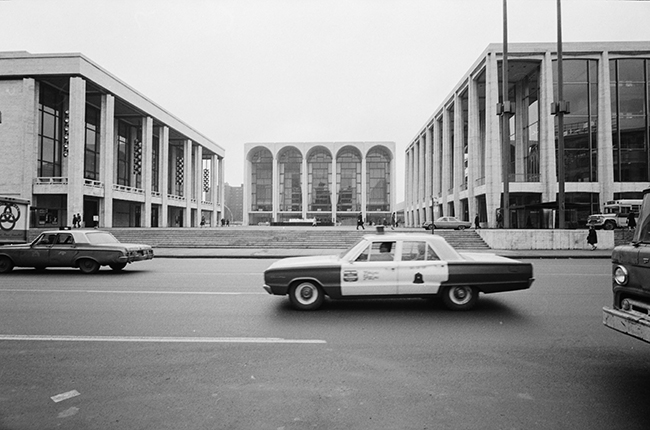 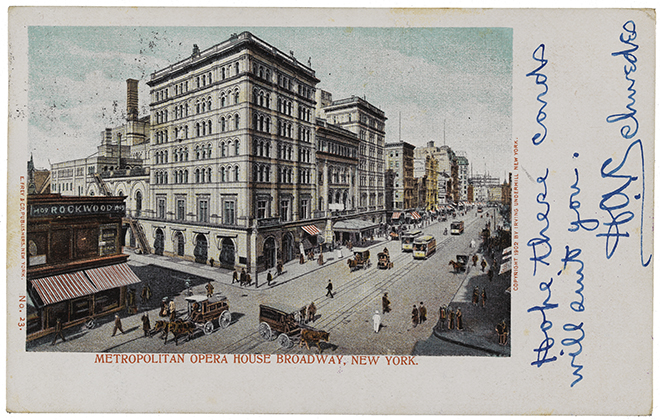 Young, Edgar, B.: Lincoln Center; The Building of an Institution (New York, 1980)