Recently while researching an image of Arnold Heim with an Orang Utan I came across the first journal of Heim’s expedition to Sumatra in 1928. To my surprise in the journal there was a photograph showing a doppelganger of the Swiss pilot Walter Mittelholzer. Mere two years ago in 1926 Arnold Heim had been on a trip to Africa with the “real” Mittelholzer. Now he met his double on a voyage through the Suez Canal and the Indian Ocean to Medan on Sumatra. In his journal Heim describes the encounter:

Bright skies. Head wind a bit diminished, no land in sight. The Dutch on the ship are very likeable people. No red painted lips. The children on their own children’s deck are playing most charmingly. They are supervised by the phlegmatic Javanese Babus. My neighbours are the von Groenewoud, a bridal couple— he a botanist, for 5 years in the service of the government & on behalf of Batavia [?] — she a slender & very likeable character. I often have a chat with Ing. Müller from Wiesental near Basel (Baden) — a veritable doppelganger of W. [Walter] Mittelholzer — who is travelling to the tin mines of Bangka on behalf of the Siemens factory in Berlin. He is going to construct an electrical plant where particles of cassiterite that otherwise would be lost will be condensed by electrical charges of 20,000 volts (Hs 494, Arnold Heim, Journal Sumatra 1, 1928, p. 9-10). 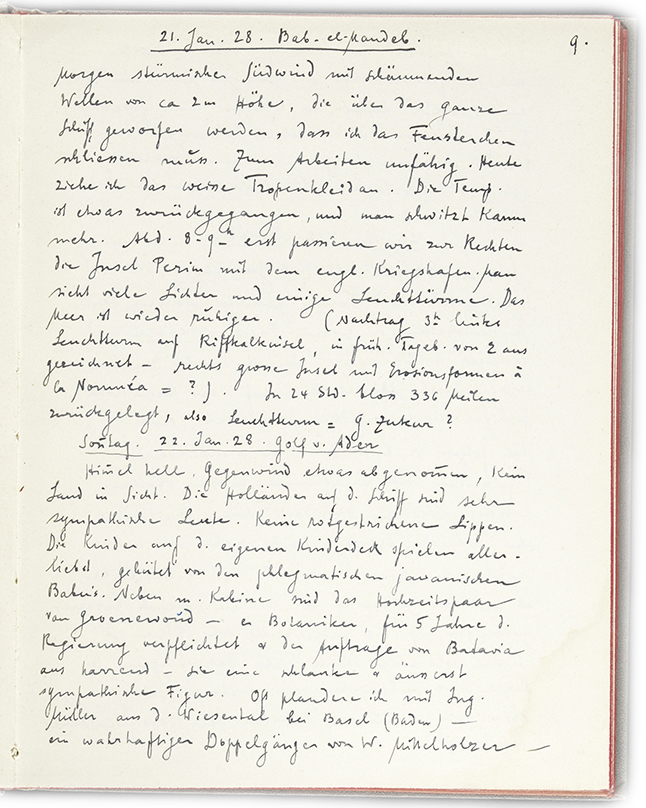 And here is Fritz Müller from Wiesental near Basel, doppelganger of Walter Mittelholzer: 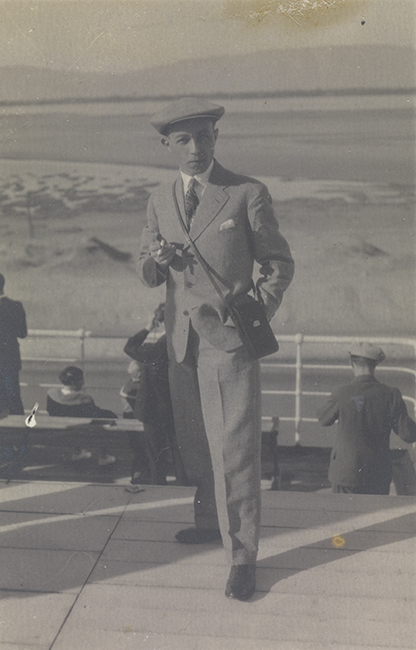 Indeed Ing. Fritz Müller looks very much like Walter Mittelholzer. However, it is very unlikely that Mittelholzer knew about his double. The following photograph of Mittelholzer was taken between 1917 and 1923. 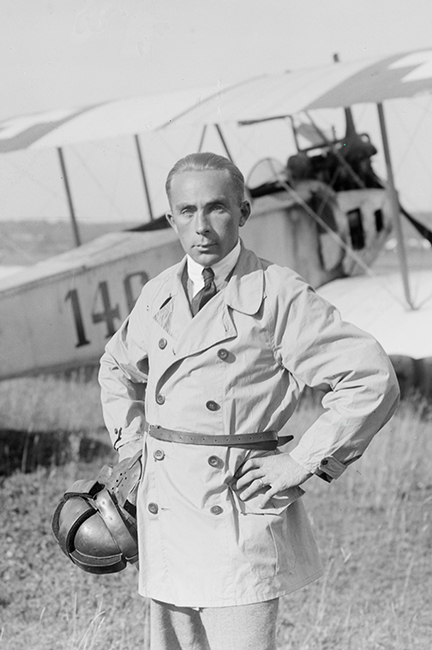