After the Ghost of Kyburg Castle today it is the turn of another specter. Enter Döttingen Ghost, who seems to be far less notorious, than its crony from the Kyburg. Maybe the lack of publicity has to do with its having no castle to dwell in and its roaming the streets instead. For this is exactly where it was photographed by a reporter from the Comet photographic agency, as it was obstructing a car in the midst of a snowy winter night. It also seems that after the mysterious incident, several people were questioned and then photographed in the village pub by the reporter. 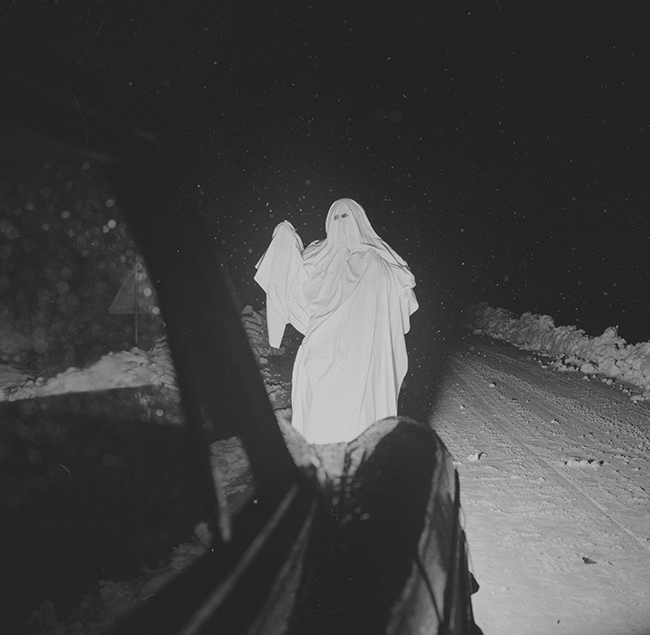 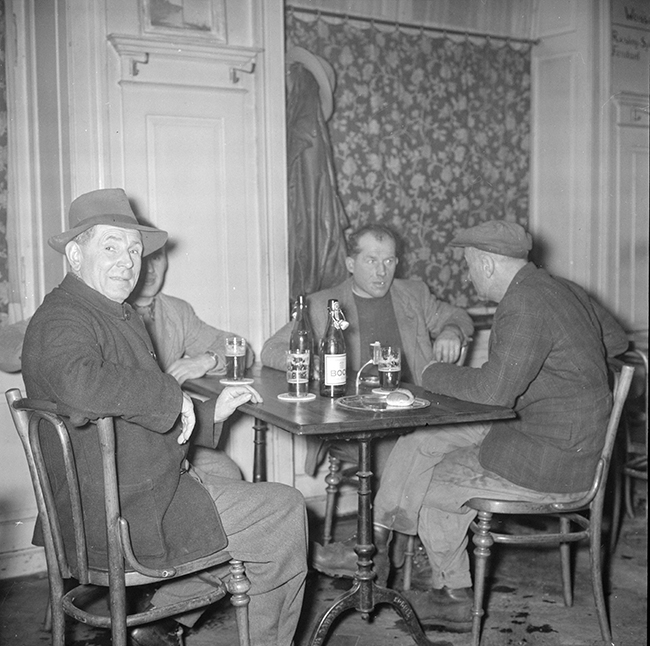 Unfortunately we don’t know how the story turned out. Our research regarding the Döttingen Ghost Story in the local papers and in the Schweizer Illustrierte Zeitung where the photographers of Comet sometimes published their images were unsuccessful. Maybe somebody from the region of Döttingen knows more about the mysterious episode?