The Spook in Kyburg Castle is legendary and well documented. At the end of the year 1957 the Swiss magazine Schweizer Illustrierte Zeitung made an experiment with the resident ghost and five volunteers. The question was: is the present generation still afraid of ghosts? As location for the experiment the torture chamber was chosen. There, from the inside of an iron maiden, a tape played mysterious moaning sounds. The volunteer was sitting on a chair and was to ring a bell as soon as the ghost made its appearance. The white clad specter did not delay, came floating into the chamber and took a photograph of the volunteer. 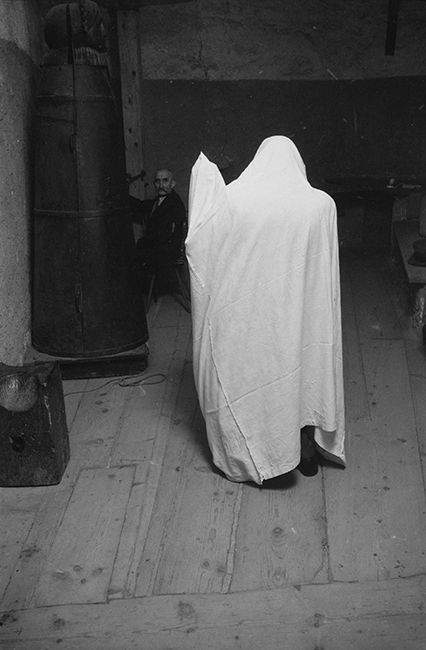 A young lady was reacting strangely as she already balked at the dark outline of the castle. During the experiment she did not even muster the courage to ring the bell. A moment later when the ghost appeared, she threw a never ending fit of laughter. She could not be restrained from climbing into the iron maiden and only calmed down after having left the exhausting atmosphere of the castle. 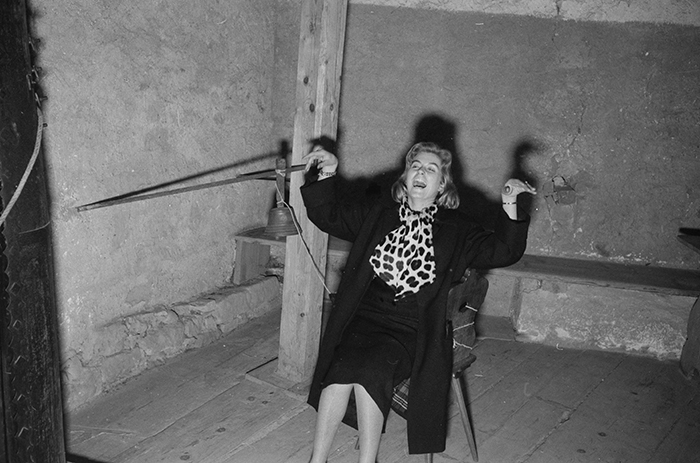 Rather more composed was the elderly gentleman who can be seen in the background of the first image:

We were most concerned about the reaction of 73 years old Papa W. but the man did not show any fear at all. He was sitting down laughing and took in the sounds and the apparition without batting an eyelash. He even said that he would be ready to sleep in the torture chamber if it were heated a little.

According to the magazine the final result of the experiment can be summarised as follows: “People of our generation are afraid of uncanny incidents as long as they are imminent and as long as they picture them in their phantasy to the full unlimited horror. However, they face reality rather bravely even if it is highly scary.”

It is quite possible that these findings are true till this day. One can still test it on Kyburg Castle, where until recently there were tours through the ghost’s quarters.

And this is how the article in the Schweizer Illustrierte looks like: 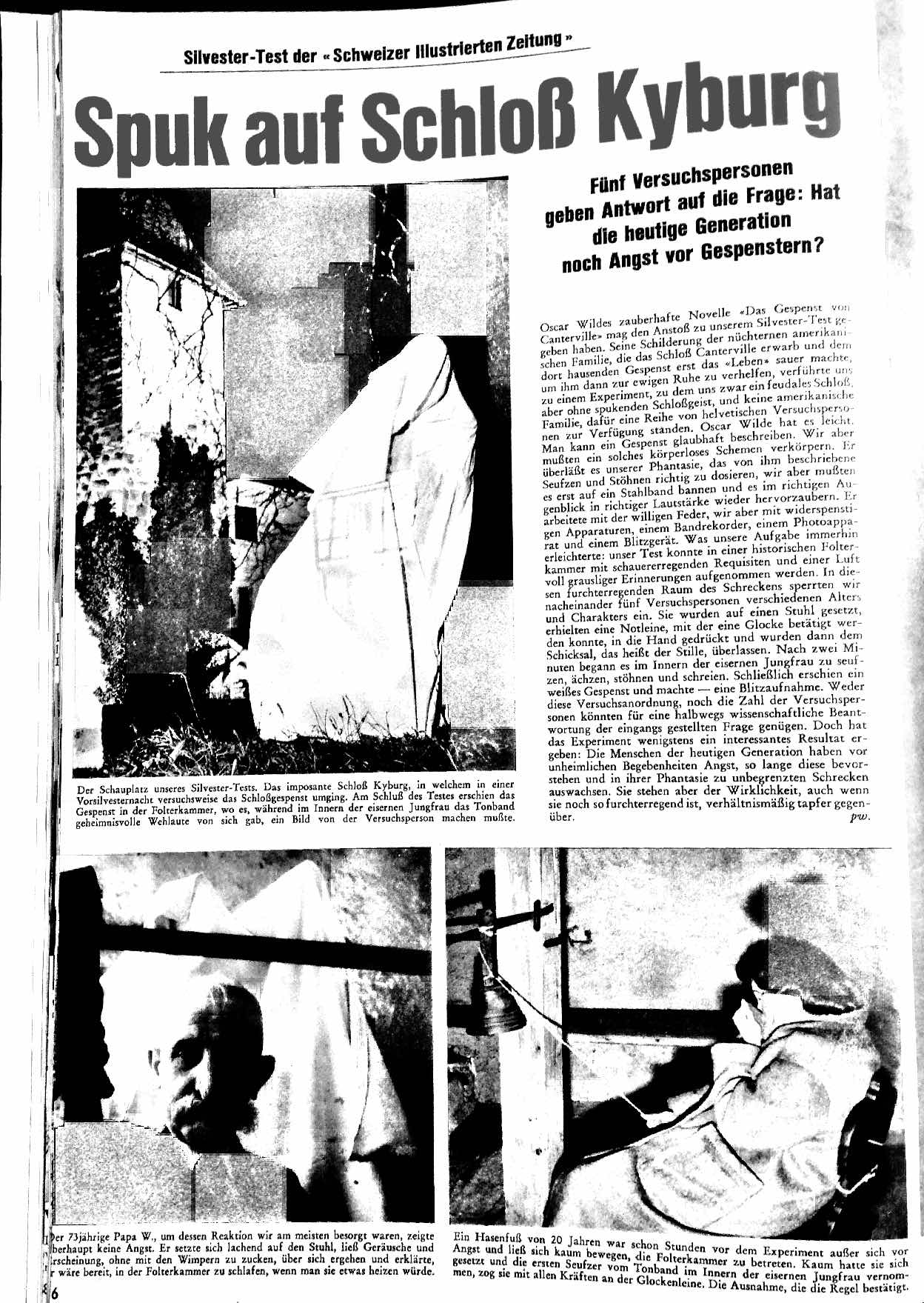 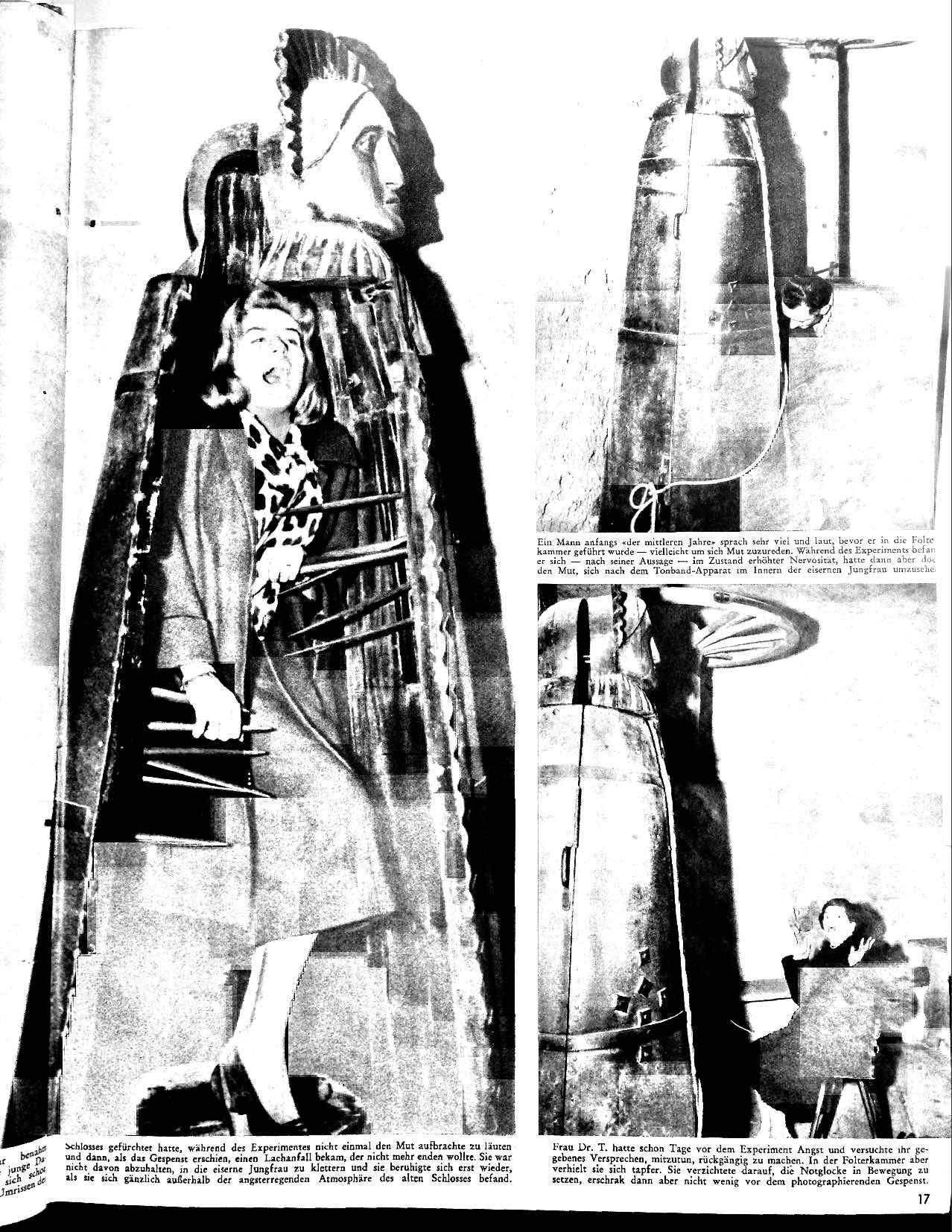