Folding maps from the nineteenth century are currently being digitised for the Map Collection at ETH Library’s Digitisation Centre. During the preparation work for the digitisation project, I stumbled across a railway map: it consists of sixteen loose sheets that, assembled correctly, depict the railway line from Vienna to Dresden via Brno and Prague. To gain an overview, I laid the sheets out on the floor: 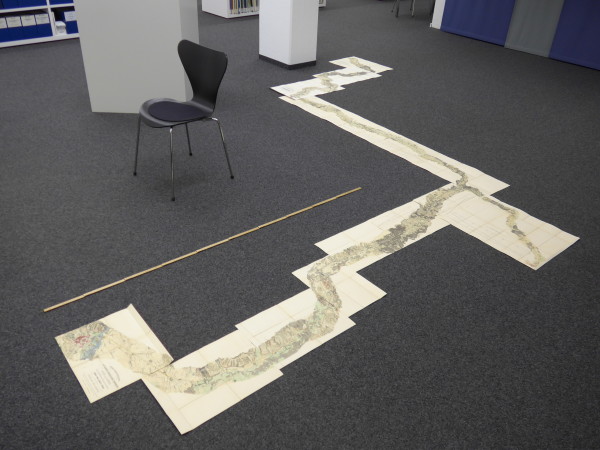 An overview I sketched helps me keep my bearings: 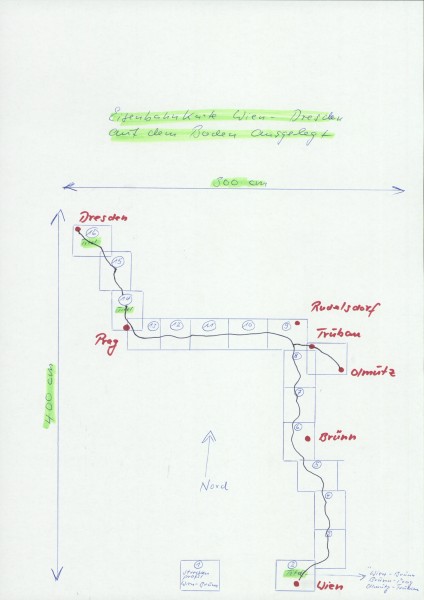 The map’s previous owner (or even the publisher) went to the trouble of naming the sheets and numbering them in the correct order. Sheet 2, for instance, is entitled “Vienna-Wagram” as it depicts the railway line between these two places. In addition to these sheet headings, the work also has three superordinate map titles on sheets 2, 14 and 16: 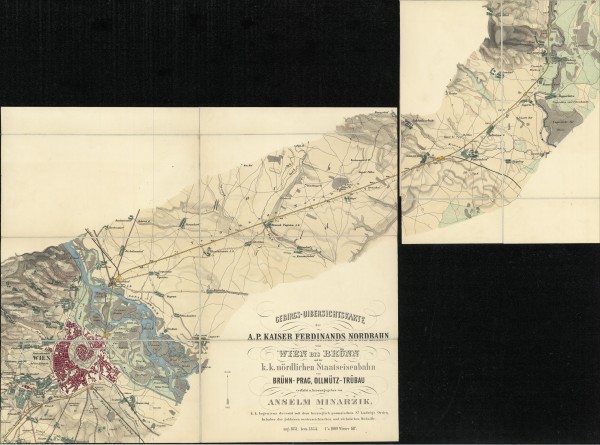 It is therefore three maps, each in two or more parts (only Sheet 16 is a map composed solely of one sheet), which can be assembled to make one, large map. The main map is described on the container that holds all three maps: “Railway map Vienna-Dresden, Ollmütz-Trübau”:

This explanation is on shaky ground, however. If it had not been the publisher who intended the container to have a title or the sheets to be numbered consecutively, but rather one of the map’s owners instead, the three maps would not have been allowed to be catalogued as one, as was the case.

The scanned map on e-rara:

The maps were scanned individually with a higher resolution (600 dpi for maps up to A2 format, larger maps with 400 dpi so the files are not too big). It would have been ideal if all the scanned maps could have been assembled into one file with Photoshop. However, the file would have been so enormous (20 to 30 gigabytes) that a standard PC would have been unable to open it.