In collaboration with ETH Library’s Image Archive, the exhibition venue Counter Space in Zurich presents a three-part, associative image and sound project based on the historical genre of the diaporama. The exhibition finds surprising ways to examine the issue of how historical material reaches the present and which changes it undergoes in the process. 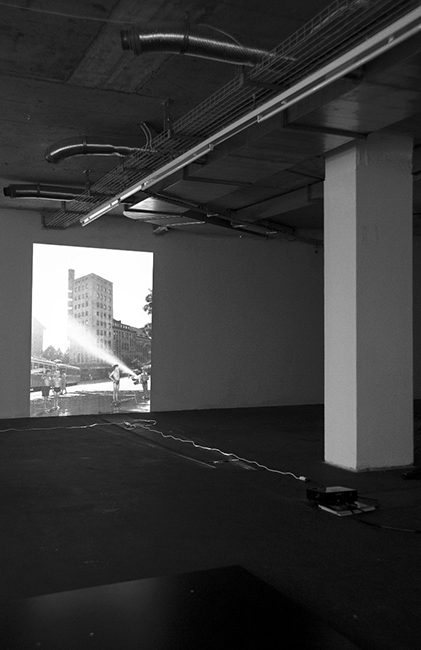 The terms archive and archival practice already found their way into the fine arts some time ago. Impulses for new perspectives on the term and function of archives come more from the arts and philosophy than classical archives. So why not, as an archive, enter an art space and explore the dividing lines between the archival and art worlds?

The three-part diaporama at Counter Space comprises a selection of photographs from the holdings of the former Zurich-based photographic agency Comet Photo AG. ETH Library acquired the collection in the year 2000, thereby expanding its collection activities to include a field that goes way beyond the archiving of science history photographs. In times of the iconic turn and the mounting importance of image sources for historical research, ETH Zurich enables users to access a broader range of image material. Thanks to around 900,000 press images dating from the early 1950s to the 1990s, some of which have been digitised, the archive has received a tremendous boost. Around 27,000 images from these holdings are currently available online, roughly 500 of which are featured in the exhibition. 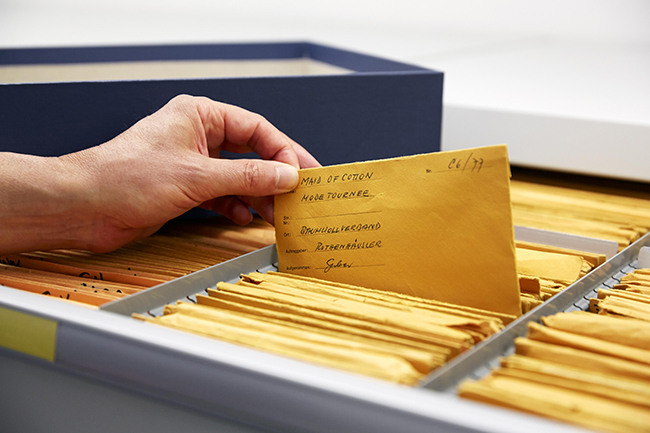 Frank Blaser: Comet-Holdings in the storeroom of the Image Archive, 17.7.2015

Roland Lüthi from the Image Archive, Zurich artist Ursula Sulser and composer Charles Uzor from St. Gallen teamed up with the curators of Counter Space to design the exhibition, which comprises three image projections set to music. By rhythmically ordering the flow of images in the three projections, the guitar piece Zimzum for Guitars (1998) by Charles Uzor, with its openness and process-like character, introduces the visitors to the question as to the nature of and relationship between melody and memory. An excerpt from Uzor’s composition Le Temps Déborde (1996) interrupts the guitar music playing on a loop and pauses the selection of images. Such small breaks are not just discernible in the actual diaporama; they also spill over into the spatial setting, which draws upon familiar elements from the cinema environment, such as seating, the big screen and technical equipment, and places them in the exhibition room in an open, model form. 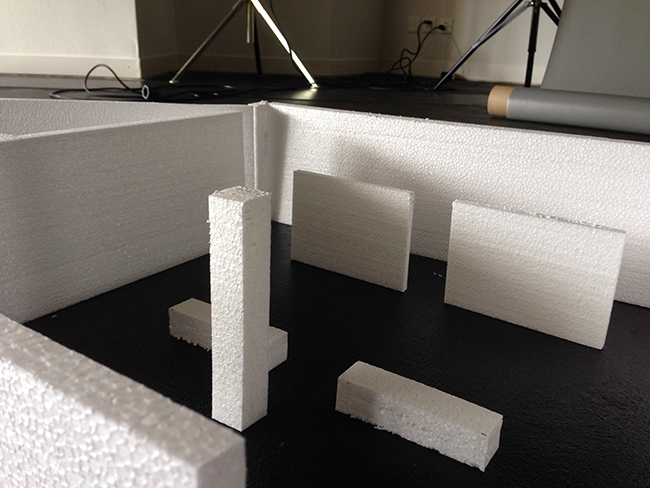 The first projection displays images related to the agency itself: the Comet staff taking, developing, blowing up, filing, arranging, viewing and organising photographs. Tools ranging from photographic equipment and Dictaphones to index cards containing the metadata and views of the archive’s current location at ETH Zurich are also on display. The other two projections feature actual contemporary documents created by Comet Photo AG in almost half a century: press images and reports from Switzerland, and photographs from trips and holidays abroad, all of which provide an insight into the world as seen and captured by the “Comets”, as the Comet staff dubbed themselves. 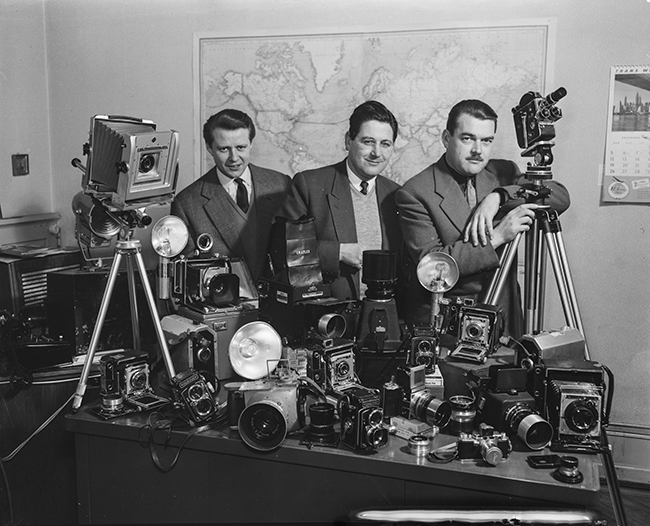 In selecting the images, the focus was less on particularly successful photographs – the “icons” that found their way into contemporary media – than on “fringe images”, which often ran the risk of sinking into obscurity in the archive as they did not correspond to the usual standard of a successful picture. Moreover, motifs were selected that had something “passive” and “expectant” – such as the wealth of photographs featuring anglers in the holdings. Björn Eric Lindroos, the founder of and eventual driving force behind Comet, for instance, felt a particular affinity to the contemplative activity of fishing. In fact, photographers have a lot in common with fishermen: both often wait for ages for the crucial moment and need a healthy dose of luck. By placing these aspects of patience and lying-in-wait in full view, sometimes the happy and fleeting moment that is harboured in every event also springs to life if it is perceived consciously. 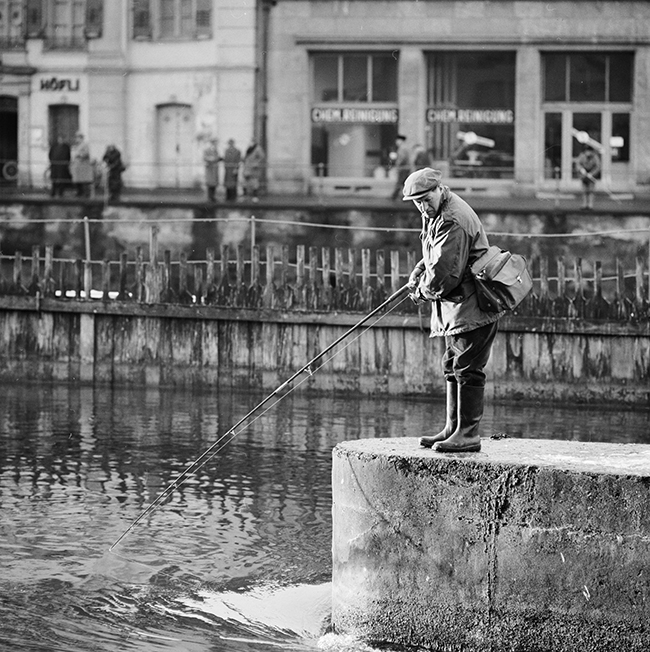 Counter Space is an independent exhibition and project space in Zürich, which aims to present the use of temporary and process-like methods in artistic work. The Program is curated by Angelo Romano, Linda Jensen and Tashi Brauen.