160 years ago, on 16 October 1855, 68 students embarked on their degrees at the newly found Federal Polytechnical School (now ETH Zurich). Naturally, the Swiss School Board decided to announce this in the newspapers all over Switzerland and even as far as Augsburg:

This was followed by a one-page description of the subjects and courses offered. 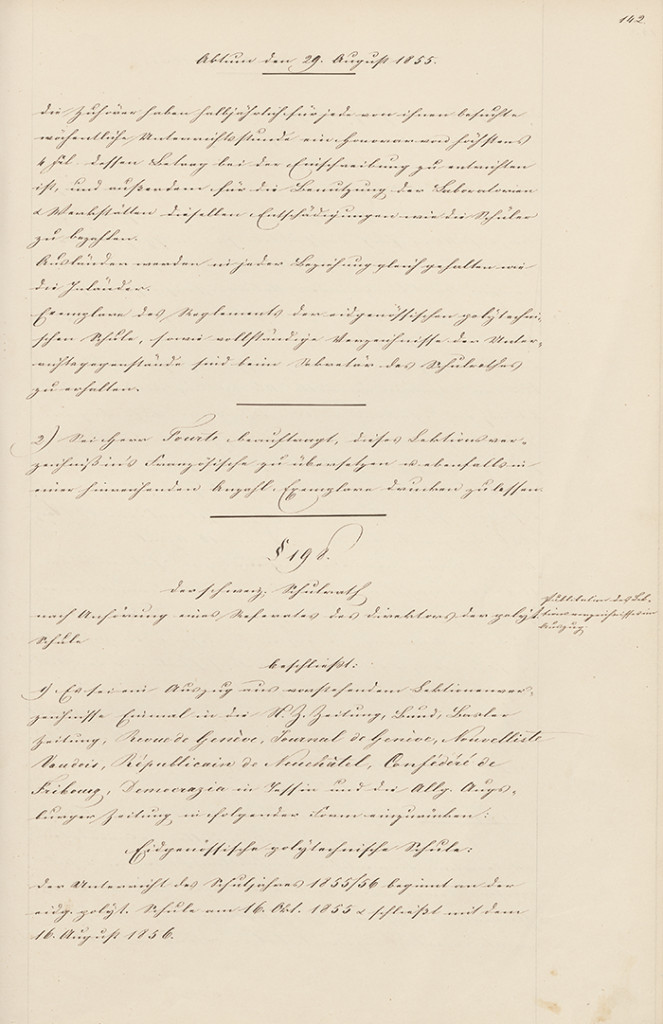 The students of the first hour hailed from all the language regions of Switzerland, as well as Germany (2) and England (1). Unfortunately, very little has survived regarding the university’s first day. The Swiss School Board minutes and the diary of the first director of the school, Joseph Wolfgang von Deschwanden, report very little on it. However, von Deschwanden’s diary entry from the previous day casts major doubts as to whether the students were all present at the first lecture:

“15 Oct. Inauguration of the Fed. Polytechn. at midday and in the evening the majority of the students inebriated. A truly depressing, irksome start!” 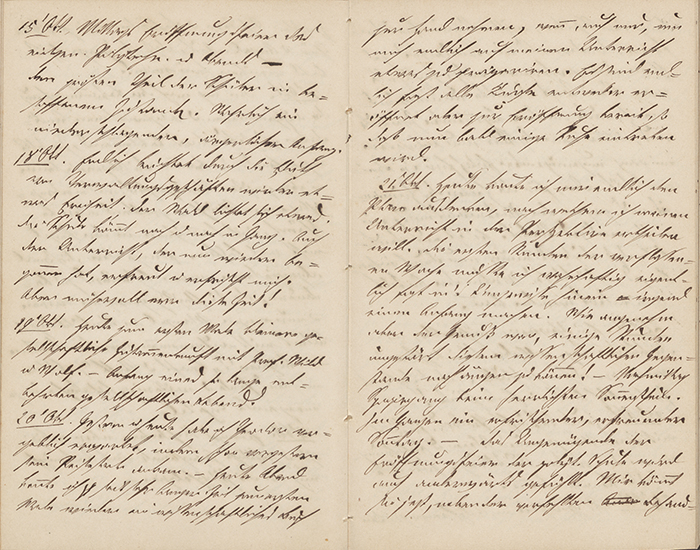 Incidentally, the courses were not yet taught in today’s main ETH Zurich Building, which was not completed until 1864. The university was spread across four and later five buildings in Zurich’s old town and suffered from highly cramped conditions.