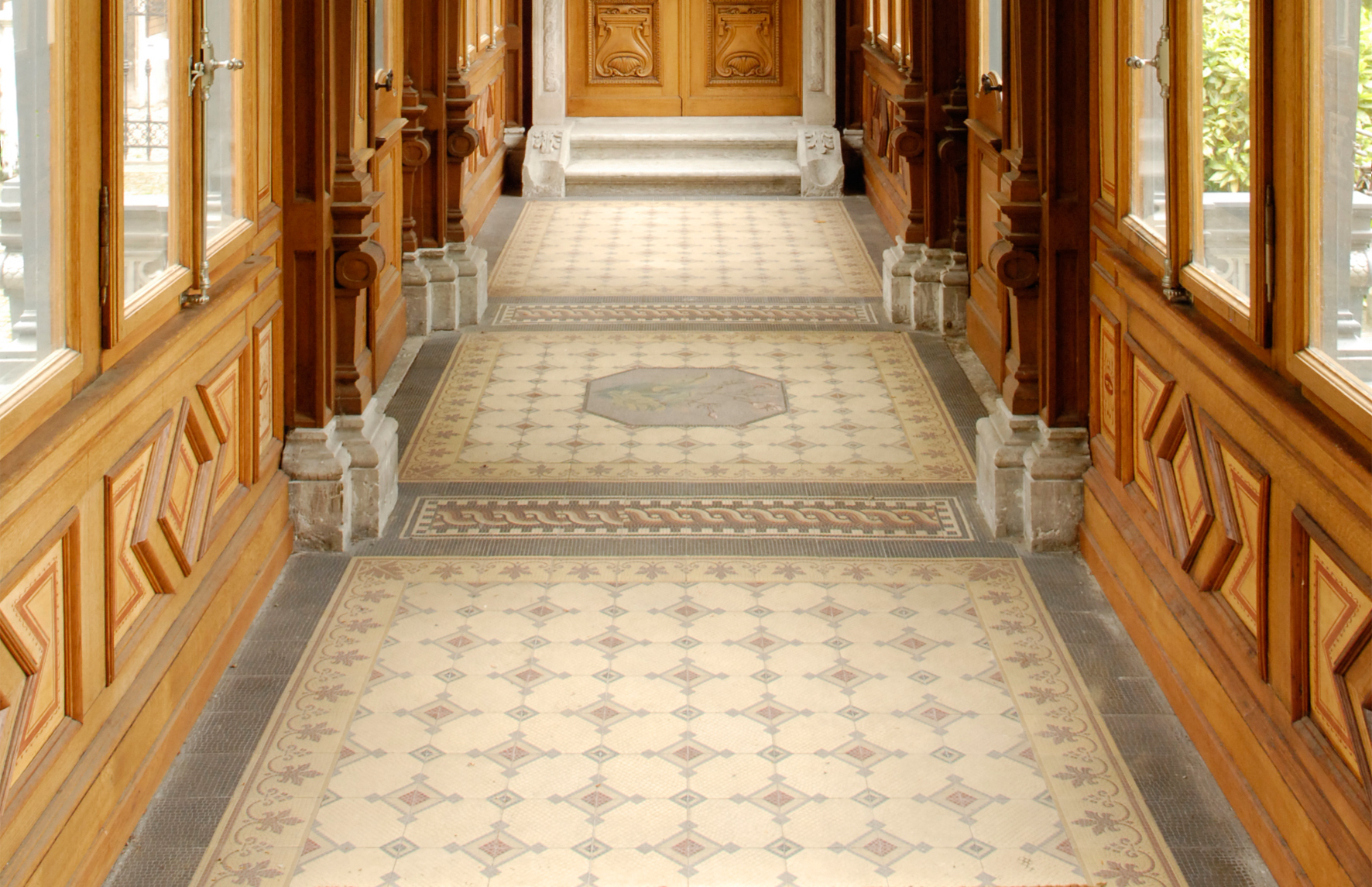 Every Gründerzeit building enthusiast will be familiar with them: monochrome or multi-coloured tile floors adorned with ornaments or geometric patterns, smooth or with a pressed-on mosaic structure. They usually grace well-frequented areas, such as house entrances, hallways, staircases, verandas, balconies, foyers or shops. Anything from plain to lavish, they are found in apartment blocks and mansions, museums, hotels, schools, administrative buildings, business premises, churches and railway stations. 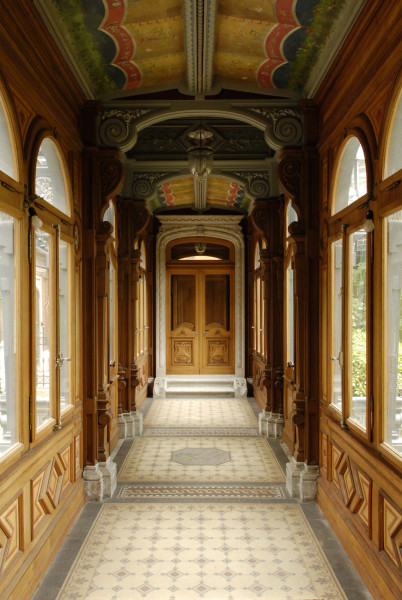 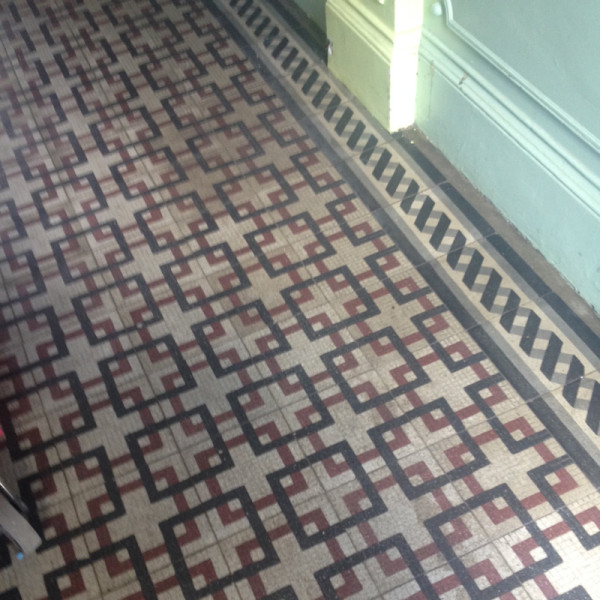 In most cases, the historical tiles found in Switzerland or Germany are made of stoneware, the majority of which were produced by manufacturer Villeroy & Boch, which still exists in Mettlach in the Saarland to this day. The company has been using a dry-press technique patented by Englishman Richard Prosser in 1840 to produce monochrome stoneware tiles at Septfontaines in Luxembourg since 1846. The discovery of a Roman mosaic floor in Nennig, near the company headquarters in Mettlach, in 1852 inspired Eugen Boch – a highly educated hobby archaeologist – to design a floor surface that echoed the beauty of its ancient role model, but was sufficiently cost-effective to be produced in large quantities. 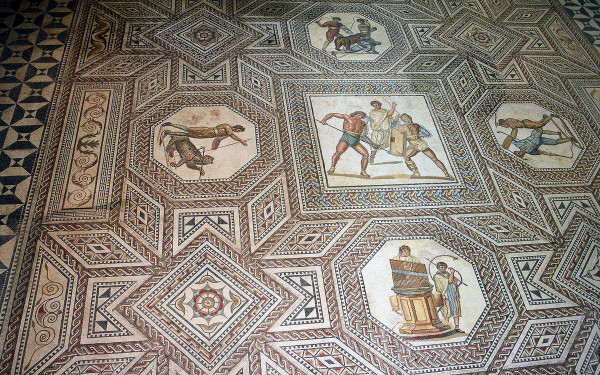 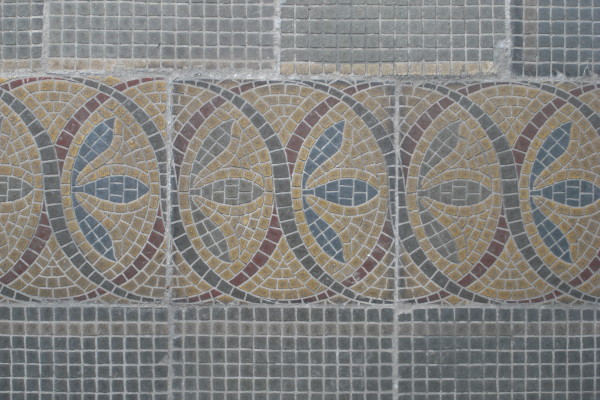 The tiles were so successful that a separate factory was opened in 1869 especially for the production of Mettlach tiles. The name was soon on everyone’s lips – so much so that comparable products by other manufacturers were often referred to as Mettlach tiles, too. Mettlachski Plittski even entered the Russian language as an umbrella term for stoneware tiles. Boch’s “invention” left its mark on the architecture of the Gründerzeit all the way into the first few decades of the twentieth century. Stoneware tiles still grace buildings from Moscow to New York to this day. However, only tiles actually produced by the Saarland company are permitted to bear the trademark “Villeroy & Boch, Mettlach” on the reverse. 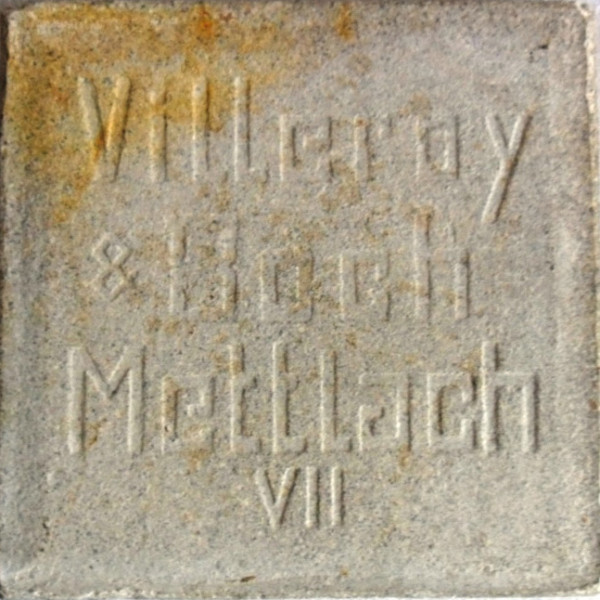 Reverse of a Mettlach tile

As the initial imitation mosaic surface began to go out of fashion over the years, the pattern was adapted to suit the changing tastes of the time. 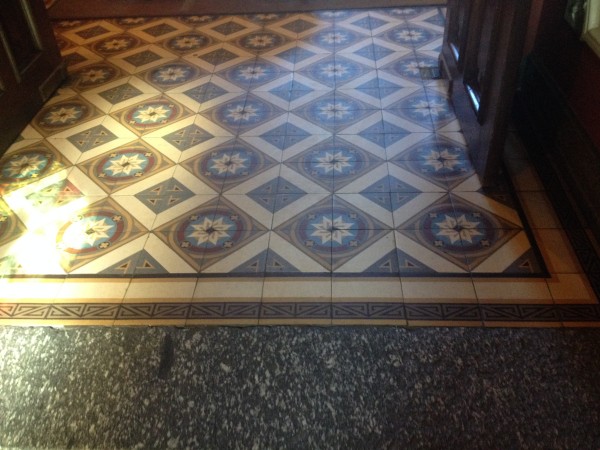 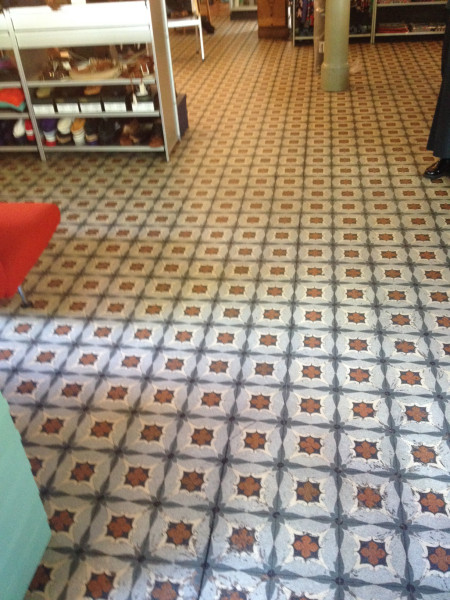 Virtually at the same time as the invention of Mettlach tiles, the English invention of the dry stoneware press was used to produce cement tiles in the heart of the Portland cement manufacturing area in the Ardèche (France), where they were patented in 1851. While the production of stoneware tiles was limited to a format of around seventeen by seventeen centimetres, cement tiles could also be manufactured in a standard format of twenty by twenty centimetres – a fact that can still help us to quickly discern the two products.

The technique for producing cement tiles spread from France and Spain to Portugal and Italy, and from there to their respective colonies overseas, where they have survived to this day. North of the Alps, stoneware tiles dominated until around 1920. After the First World War, however, the popularity of this comparatively expensive flooring declined in Europe once and for all.

In the mid-1990s, monochrome and multi-coloured cement tiles came into fashion in Switzerland: trendy bars and shops, but also private individuals, cover floors and walls with cement tiles, and contemporary architects include the material in their designs: cements tiles are so well known today that even historical stoneware tiles are often mistaken for them. The production of the latter was also resumed in the 1990s – initially at the request of heritage preservation bodies – albeit no longer by the erstwhile market leader Villeroy & Boch. Compared to cement tiles, stoneware tiles are of higher quality, resistant to frost and de-icing salt, and easier to lay. However, they are more expensive to produce and their patterns somewhat less colourful as the pigments are burned at higher temperatures.

Einsiedeln Abbey and Engelberg Abbey are prime historical examples of the use of stoneware tiles in Switzerland. 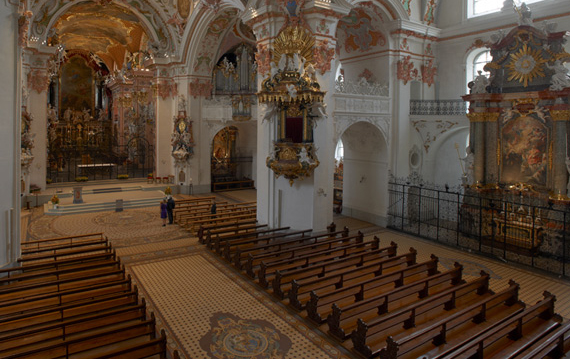 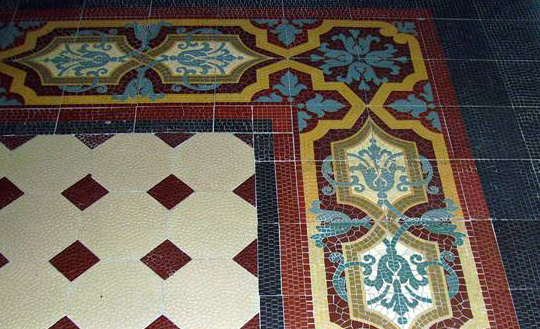 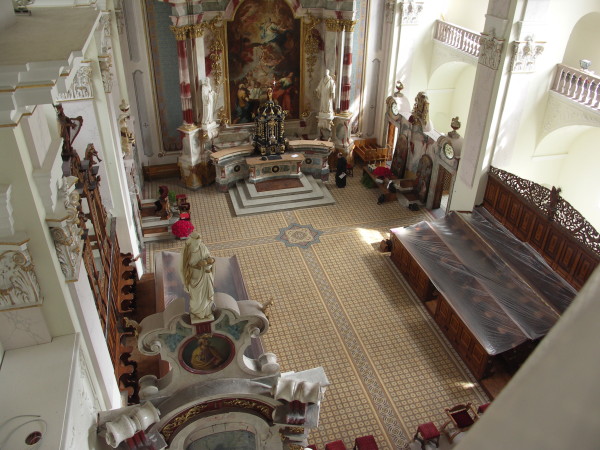 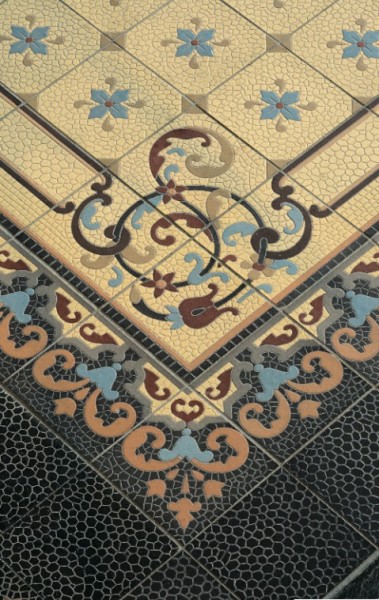 In Zurich, examples of modern cement tiles can be found in the Zurich University of the Arts canteen in the Toni-Areal or the restaurant Maison Blunt in Gasometerstrasse, for instance. 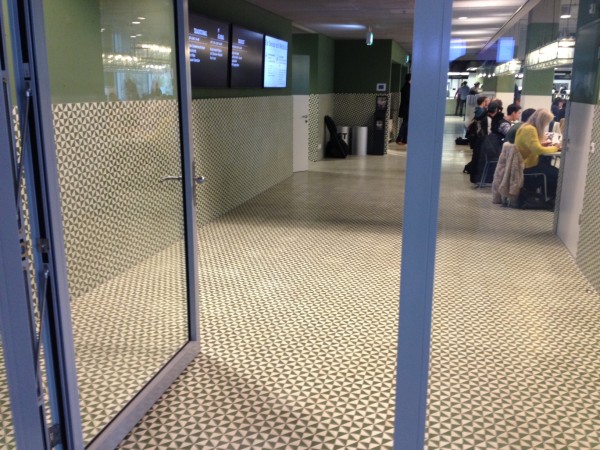 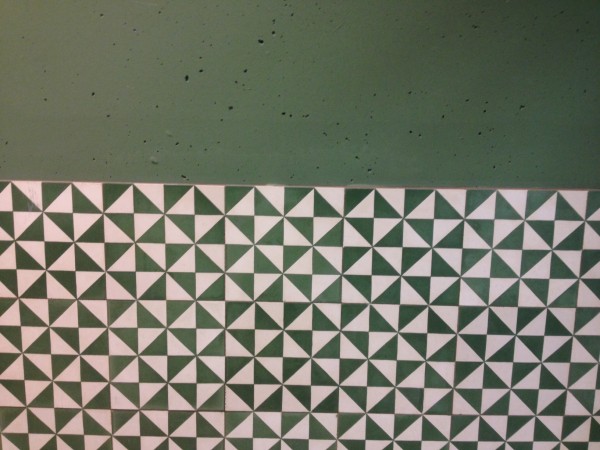 Anyone who would like to hold both types of tile in their hand can visit ETH Zurich’s Material Collection, (Hönggerberg campus), which contains historical and modern patterns by various manufacturers. Alternatively, they can visit the Material Archive’s online database to find out about the subject in more depth.