On Sunday, 31 May, Clint Eastwood celebrated his eighty-fifth birthday. To mark the occasion, we are displaying a number of photographs from the archive of the photographic agency Comet Photo AG, which were taken by B. Albrecht on the set of Eastwood’s The Eiger Sanction in Zurich. Besides an ascent of the Eiger’s north face, the Bond-esque spy thriller also contains scenes in Zurich’s old town.

In many of his films, Eastwood was a co-producer, cameraman and stuntman, as well as an actor. On the seventh day of filming, one actor suffered a fatal accident during the scenes on the Eiger (Eastwood, Interviews, p. 78). In general, the shoot was apparently overshadowed by several accidents and tension, which the producers managed to conceal from the public. After all, the subsequent scenes in Zurich don’t exactly look safe, either! 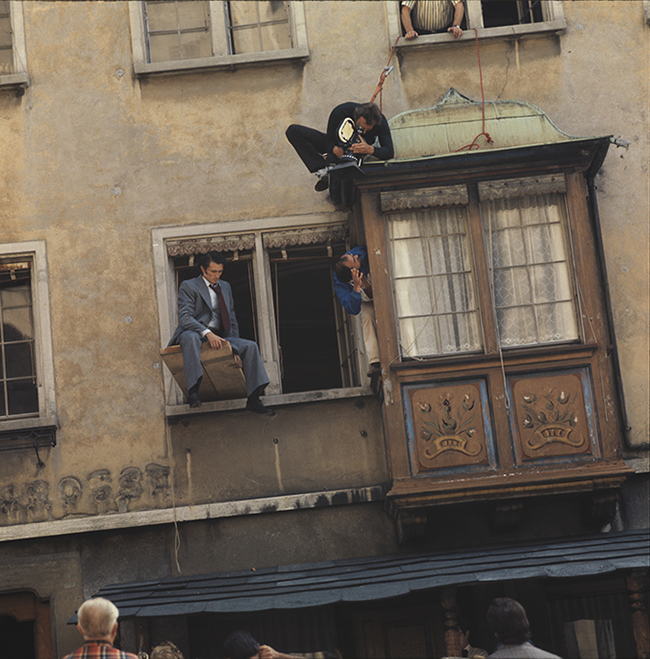 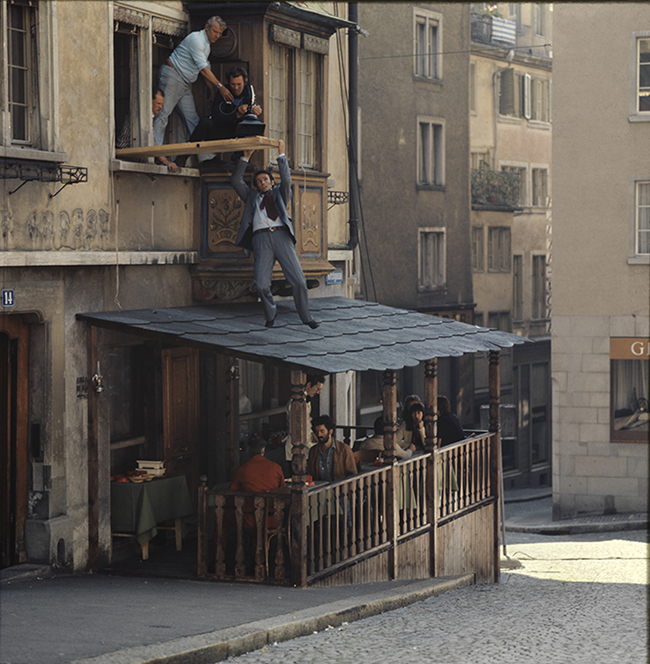 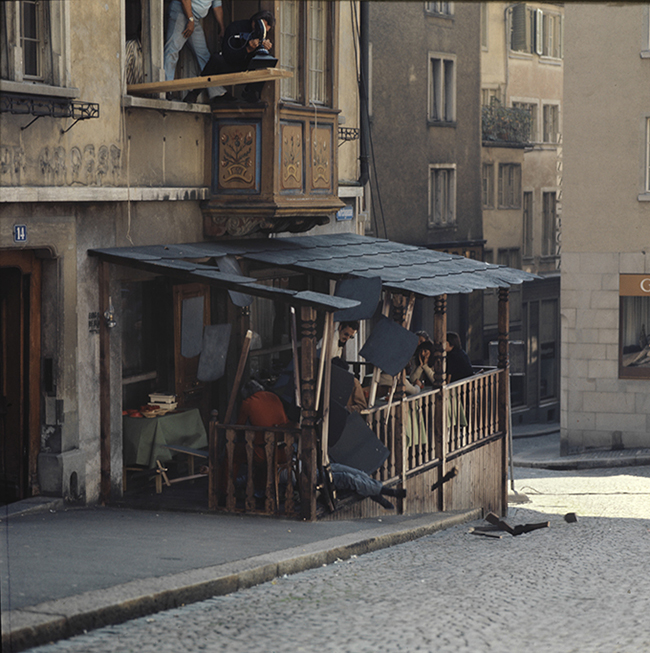 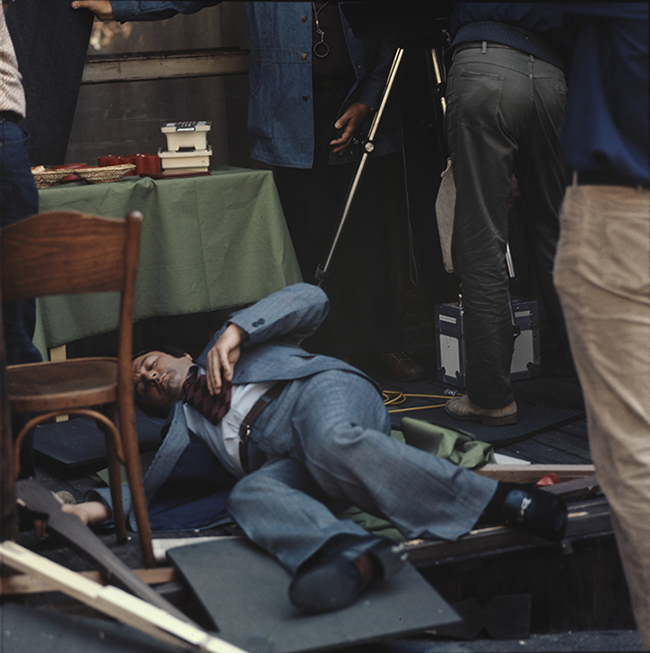