At the beginning of the 19th century, the liberal Canton of Aargau assumed a leading role across all school levels in Switzerland’s education system. For example, it opened the first Gymnasium (grammar school) in the country where the teachers were not members of the clergy and a secondary school for young women, which was considered extremely progressive at the time. 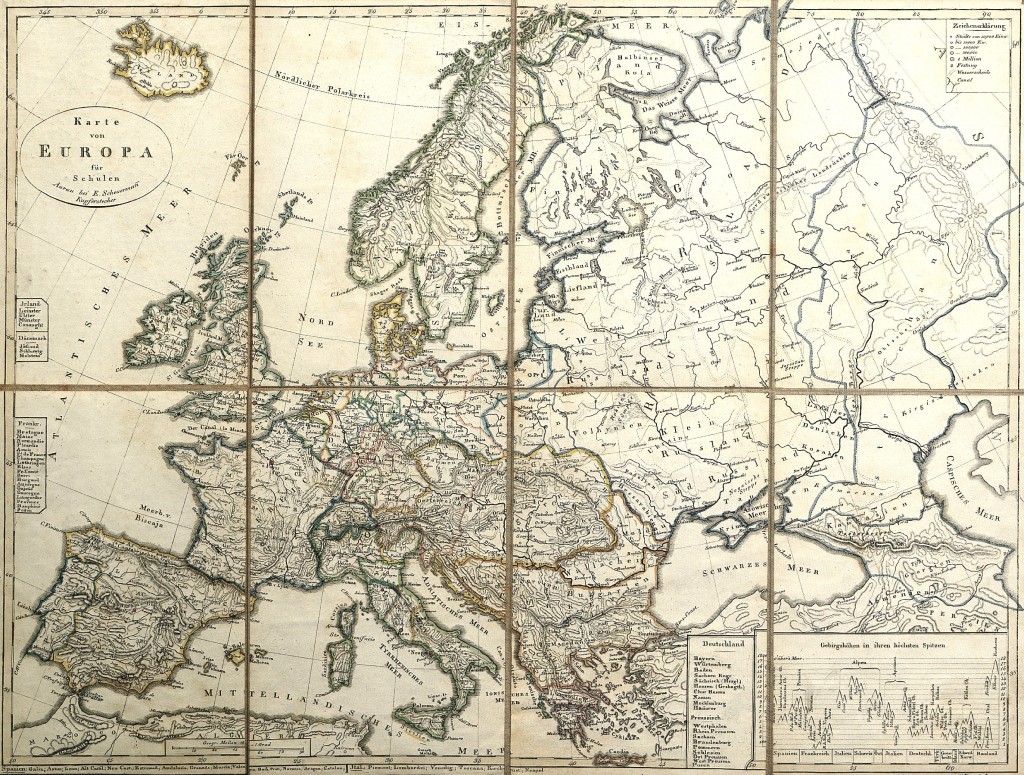 School map of Europe, Jakob Emanuel Scheuermann, Aarau, around 1855?
(click on the map to zoom in) 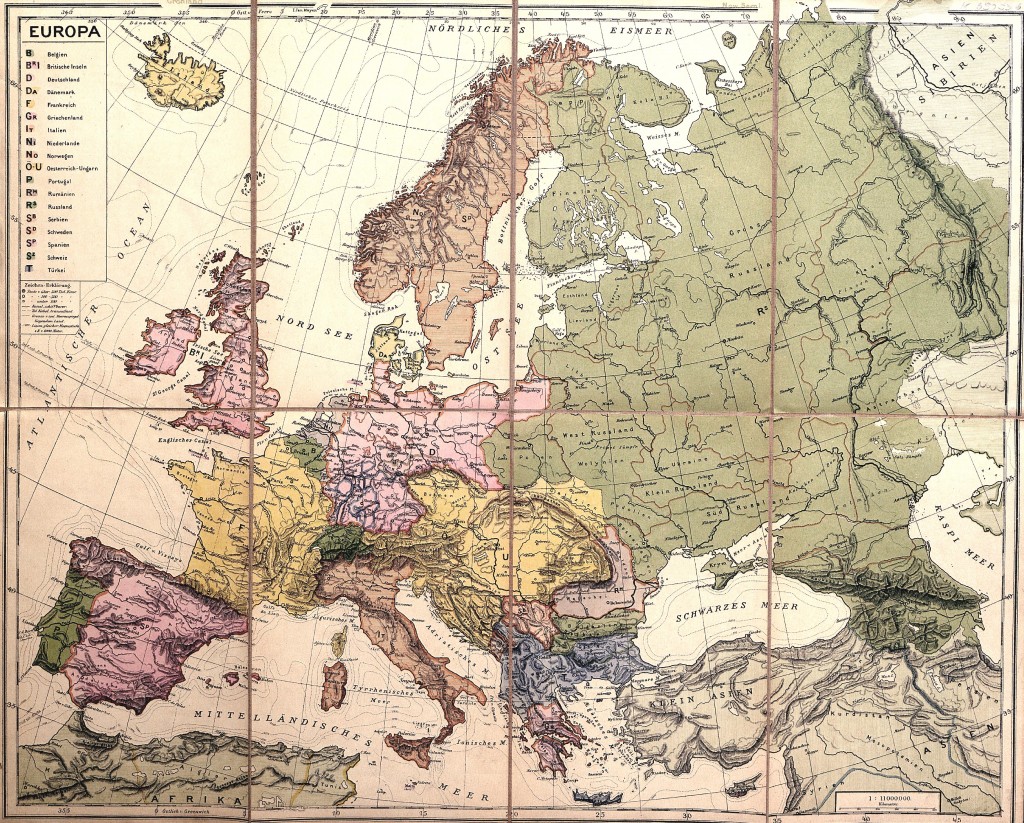 Therefore, it is hardly surprising that an early geography teaching aid, Jakob Emanuel Scheuermann’s map of Europe for schools, was published in Aarau in the mid-19th century. From 1860 onwards, Heinrich Keller published other school maps of Europe and Switzerland in Zurich. Towards the end of the 19th century, the first school maps of the Canton of Zurich began to appear.

Only 30 years separate the two maps depicted here. This short timespan documents the rapid development in printing, graphic design and the depiction of mountain ranges. While the map published in around 1855 was still in black and white and outlined by hand, its 1884 counterpart was already printed in multicolour before an outline was added. The type face on the later map is astonishingly modern and the mountains are depicted far more three-dimensionally than 30 years previously.

The two magnificent school maps bear the location numbers K 690360 and K 690356 and can be viewed in ETH Library’s Reading Room Collections and Archives.