After the Kingdom of Egypt had formally achieved independence in 1922, the Egyptian government tried to suppress British influence in the country. In 1928, as part of these efforts, in 1928 the government requested the Swiss Federal Council to send an ETH professor to teach engineering at the Giza University of Technology and to advise the Egyptian authorities on important construction projects. The final choice fell on the civil engineer Charles Andreae, who had already made a name for himself in the construction of the Lötschberg and Simplon tunnels before returning to ETH Zurich as a professor and serving as rector for several years. 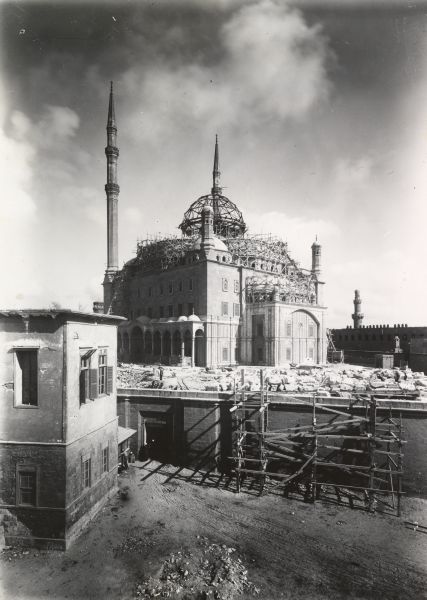 During his time in Egypt, Andreae was instrumental in the reconstruction of the Muhammad Ali Mosque (also known as the Alabaster Mosque) on the citadel of Cairo. 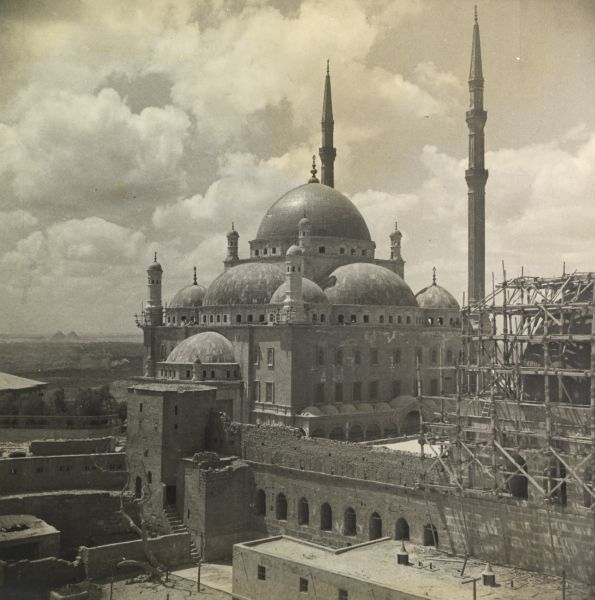 During this reconstruction, which was carried out between 1931 and 1936, only the outer walls and the two minarets of the mosque were left standing, everything else was demolished and rebuilt from reinforced concrete. The conversion work was carried out by a number of Swiss companies, including Rothpletz & Lienhard (Aarau), Schindler (Schlieren) and Oehler (Aarau) – companies led by former ETH students. 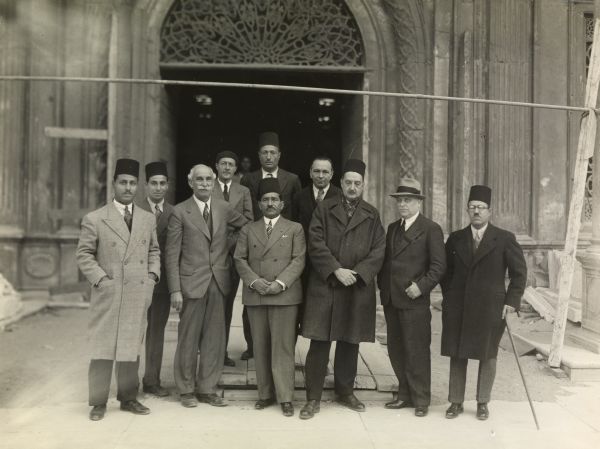 As director of the Technical University of Giza, Andreae tried to strengthen the practical relevance of the training and to promote the quality of the teaching staff through research stays in Europe. In addition, students should be encouraged to think for themselves instead of just memorizing the subject matter as before. A “small general staff” of Swiss employees supported him in his tasks.

When the Technical University of Giza lost its independence in 1935 and was affiliated to the University of Cairo as a technical faculty, Andreae came into conflict with the University’s management. Since foreigners in leading positions were becoming less and less desirable, Andreae was encouraged to resign. In 1938 he returned to Switzerland. Andreae did not overcome the bitterness over his departure until 1950, when the University of Cairo awarded him an honorary doctorate for his services. 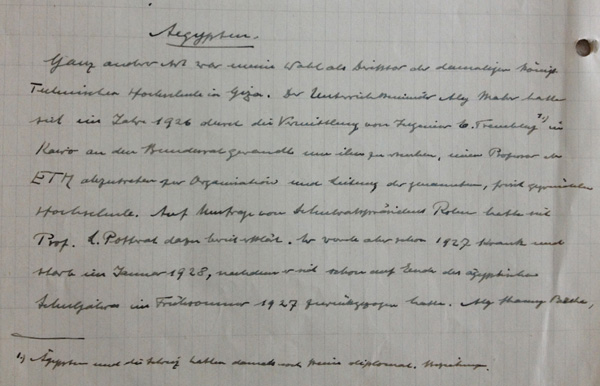