Tourism and legends on the mountain

Along with the Matterhorn, the Jungfrau region, especially the big three of the Eiger, the Mönch and the Jungfrau itself, rank among Switzerland’s most fascinating tourist attractions. Postcards and pictures of these impressive mountains and the villages at their feet have been luring all kinds of visitors for more than a century and contribute towards the idyllic and unspoilt image of Switzerland.

With the advent of alpinism towards the end of the eighteenth century and diverse first ascents in the high-alpine region, numerous dramatic legends and, later on, films began to emerge of this alpine world, as rugged and inaccessible as it is beautiful. Consequently, it is quite possible that the first ascent of the Jungfrau (1811) was the inspiration behind conquering this mountain once and for all by constructing a railway on its peak fifty years later. Nowadays, the railway enables the infamous hordes of day-trippers from all over the world to flock to the Jungfrau and enjoy the view at their leisure, which would otherwise only have been possible for seasoned mountaineers. This can be regarded as a symbol of this successful conquest.

These two photographs from 10 August 1957 entitled Eigernordwand, Bergdrama (“Eiger North Face, Mountain Drama”) depict a mountain rescue. Thanks to the Jungfrau railway, which had already been constructed, the victims could be brought back down into the valley far more quickly than usual. However, the rescue was also photographed directly and watched by onlookers ‘at close quarters’. 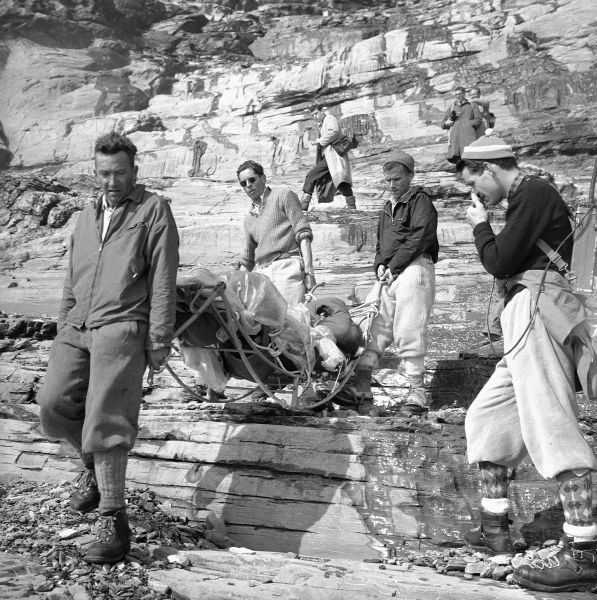 Caption 1: Rescue of Claudio Corti, who had been climbing the Eiger north face with Stephano Longhi. The descent down the western flank is watched from Eigergletscher station on the Jungfrau railway. Right: radio operator. 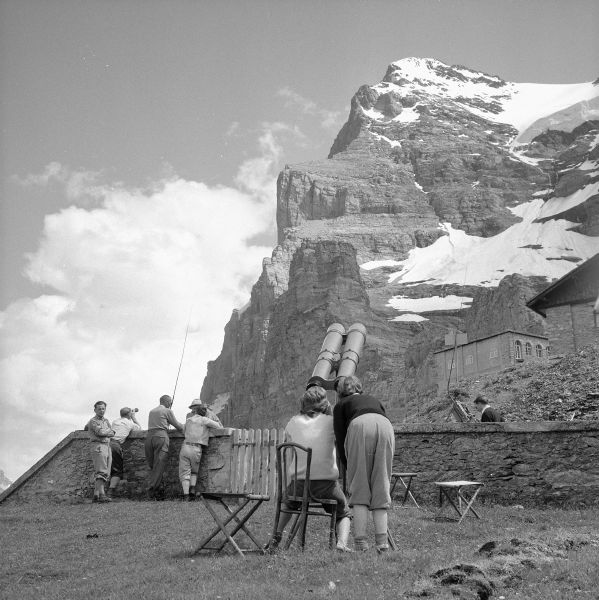 Caption 2: Rescue of Claudio Corti, who had been climbing the Eiger north face with Stephano Longhi. Shortly before Eigergletscher station on the Jungfrau railway.

The construction of the railway

In 1893, inspired by a mountain hike, Adolf Guyer-Zeller applied for a license to build a railway between the Kleine Scheidegg and the summit of the Jungfrau. The railway was only supposed to run aboveground to the first station before leading through tunnels for the majority of the route. Every station was to provide a special vantage point over the mountains and constitute a separate tourist destination in its own right.

The route of the electric rack-and-pinion railway was scheduled to run from the Kleine Scheidegg, through the Eiger and Mönch, all the way up to the summit of the Jungfrau. 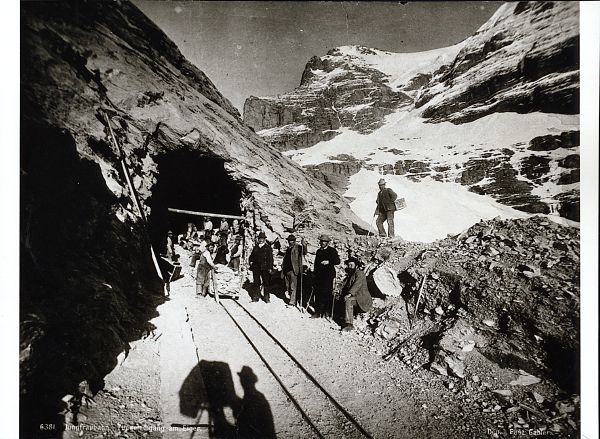 Picture title 3: Construction of the Jungfrau railway, tunnel entrance at the Eiger, 1911 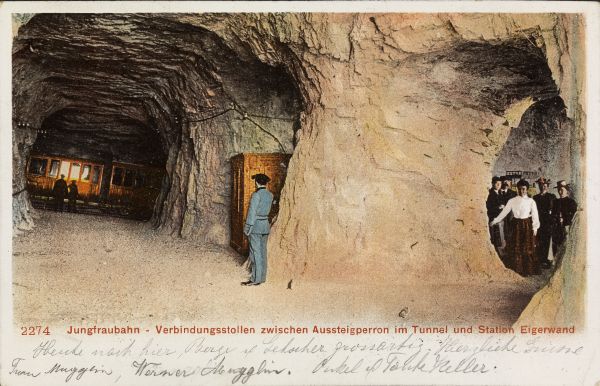 Picture title 4: Jungfrau railway, connecting tunnels between the exit platform in the tunnel and Eigerwand station

In 1896, once Parliament had granted the license, the construction of the first, two-kilometre, open-track section of the line got underway. Despite the connection to the Wengernalp railway, a track width of 1,000 millimetres was selected for the Jungfrau railway instead of 800 millimetres.

In contrast to the first section of the route, the construction of the tunnels was plagued by blast accidents and financial problems. Although tighter regulations were introduced, such rapid progress was made that the breakthrough to the Rotstock station (2530) was achieved in 1899. This was followed by the Eigerwand station in the middle of the north face in 1903 and Eismeer station in 1905. The breakthrough to the summit of the Jungfrau finally came on 21 February 1912. Due to the scarce funding and death of Adolf Guyer-Zeller, however, the original plans were altered. Instead of incorporating a station underneath the Mönchsjoch and constructing the railway all the way to the summit of the Jungfrau, it was decided that the Jungfraujoch would be the end of the line.

On 1 August 1912, the first train ferried guests along the 9.34-kilometre stretch up to the Jungfraujoch (3454), more than seven kilometres of which are in tunnels and covering almost 1,400 metres in altitude. 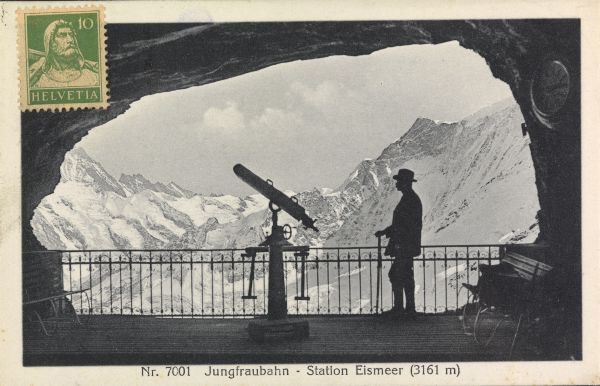 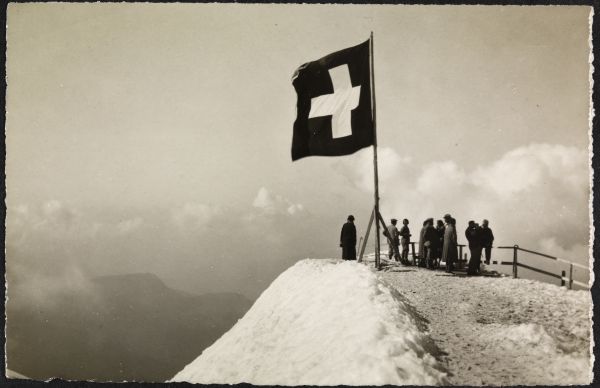 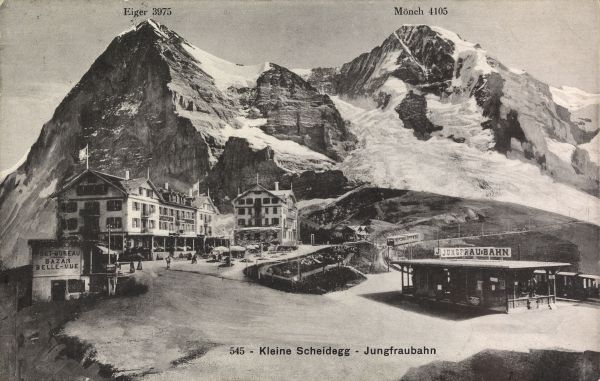