Willem Piso (1611-1678) served from 1636 to 1644 as a doctor in the Dutch colony in Brazil. As a pioneer of tropical medicine and pharmacology, he studied herbal medicine of the indigenous peoples and supported their health practices. In the jungle, he set out in search of medicinal plants and thus gained the reputation of being the first European to gain an understanding of the indigenous treatment methods with Ipecacuanha, Sassafras, Sarsaparilla, Guaiacum and other plants. He presented his findings in the Historia naturalis Brasiliae, which he published in 1648 with his former assistant, the botanist and astronomer Georg Marggraf (1610-1644). The relationship between the two authors gave rise to many studies. In particular, it is questionable why Piso published the work ten years after its first edition under his own name and the title De Indiae utriusque re naturali et medica. 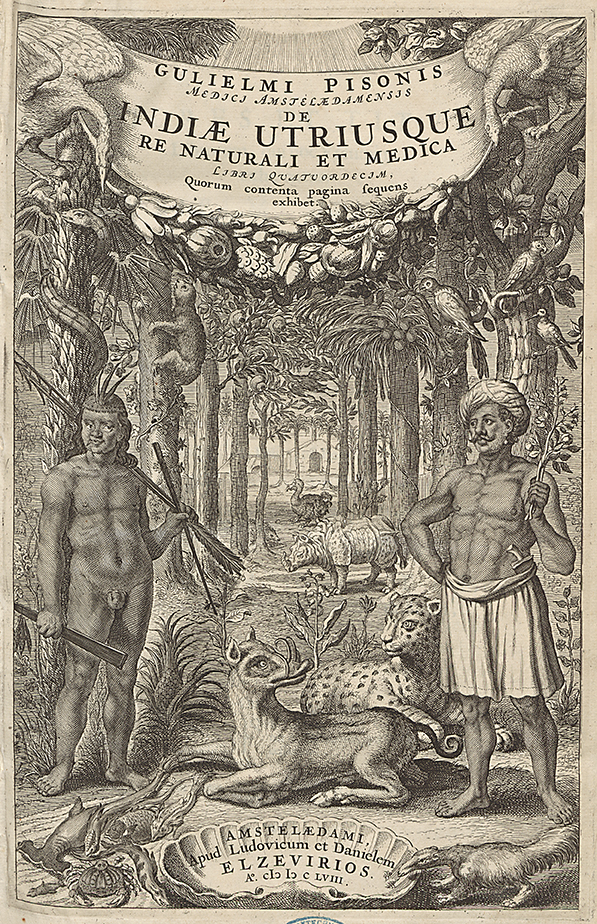 The title page shows a Native American on the left and a Malay or Javanese on the right. Apart from other exotic animals and plants, the background shows a rhinoceros and a dodo. These emblematic representations were presumably kept “in stock” by Elzevier and other publishing houses. The assumption is obvious, especially since the rhinoceros resembles Dürer’s famous and often recycled Rhinoceros. The dodo also corresponds to the often copied cliché of the era. 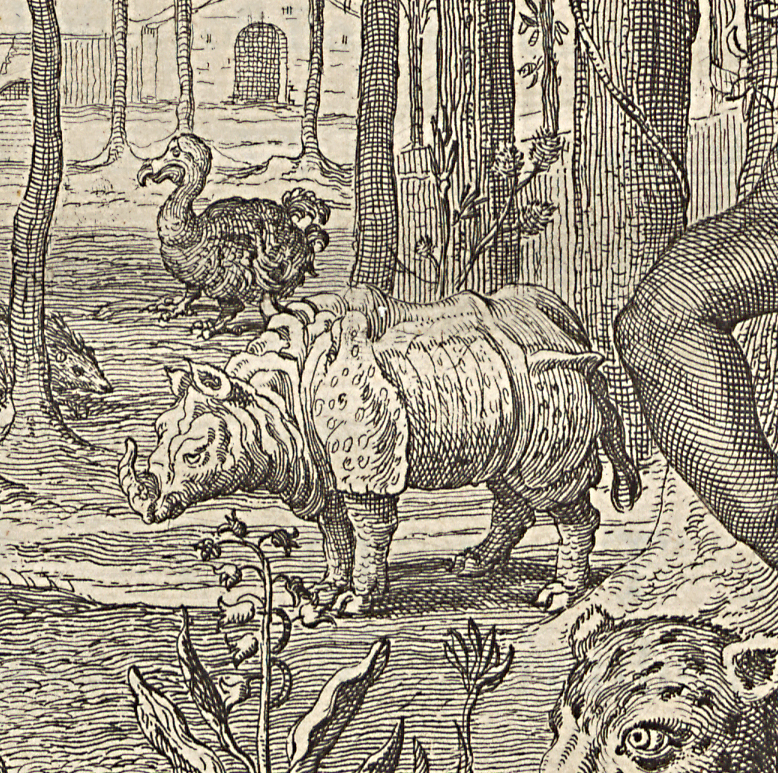