Many people associate Switzerland with William Tell, the country’s national hero. The world-famous legend, which was first documented in the 16th century, enjoyed particular popularity in the 19th century. 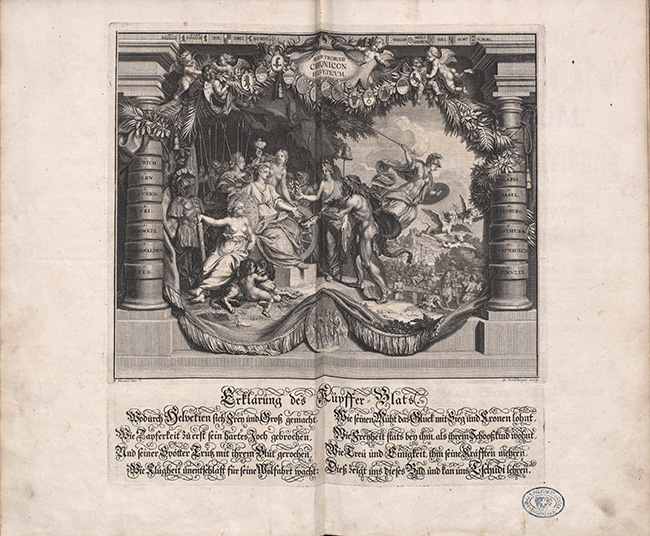 Frontispiece of the Basel edition from 1734-1736; copperplate engraving with allegoric scene; in the medallion at the bottom, Stauffacher, Fürst and Melchthal at the Rütlischwur 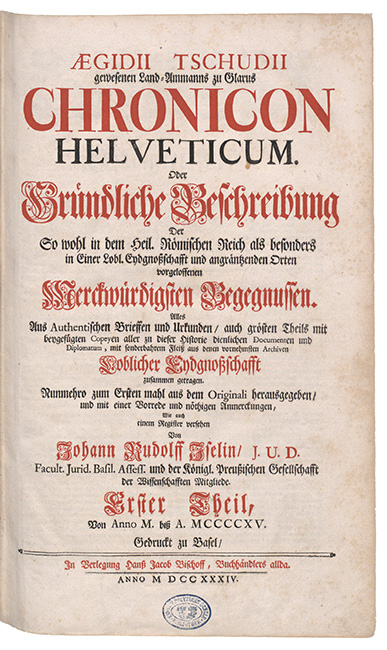 With Chronicon Helveticum Aegidius Tschudi (1505-1572), a statesman and scholar from Glarus, penned a comprehensive chronicle in German of the history of Switzerland from 1000 to 1470. Completed as a manuscript during his lifetime and only published in 1734-1736, the work made him famous and was extremely well received. Tschudi was even dubbed the “Swiss Herodotus”. He portrayed the historical events of his time very subjectively by “adapting” historical documents to his political views “if need be”.  In this way, Tschudi extended the William Tell legend to the story of the foundation of the Swiss Confederation.

Johann Wolfgang Goethe, who travelled to Switzerland in 1775, 1779 and 1797, encountered the legend here. He ultimately encouraged fellow poet Friedrich Schiller to write a piece on the freedom fighter. Schiller’s play Wilhelm Tell was published in 1804; he had especially used Chronicon Helveticum as a historical source. The literary masterpiece has since been translated into over 30 languages and was adapted into an opera by composer Gioachino Rossini (1792-1868) in 1829.

As a result, the story of William Tell and the origins of Switzerland according to Aegidius Tschudi’s version in his Chronicon found its way into literature and music, and lives on in theatres to this day.

Information on the Legend of William Tell